M&C Saatchi is in play 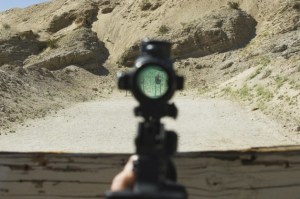 Software entrepreneur Vin Murri, the chair of AdvancedAdvT Limited, is also deputy chair of M&C Saatchi and is reported to hold 12.46% of M&C Saatchi.

On Wednesday this week AdvancedAdvT Ltd grabbed a 9.82% shareholding in M&C Saatchi at £2 a share, well above recent trading. The shares were last traded at £1.89, up 12.84%.

The board of M&C Saatchi released a statement to the London Stock Exchange: "No proposal has been received but the board has been told to expect one in the near term.

"Accordingly, there can be no certainty that an offer will be made, nor as to the terms on which any offer might be made.

"Vin Murria is both a director of the company and the executive chairperson of AdvancedAdvT Limited and, as such, if a proposal is received, the board would convene an independent committee to consider it.

"A further announcement will be made in due course. In the meantime M&C Saatchi shareholders are advised to take no action."

Under UK regulations, AdvancedAdvT Limited must make an offer by February 3 or announce that it does not intend to proceed.

M&C Saatchi reported a better than expected first half year with profits ahead of pre-pandemic levels.

In September, the company reported headline profit before tax of £7.1 million, 209% ahead of the same half year in 2019.

In a trading udate last month, the M&C Saatchi reported: "The company is pleased to announce that trading has continued to be strong and, as a result, management now believes full year 2021 operating profit will be materially ahead of expectations."

The company was founded in 1995 by Maurice & Charles Saatchi, Jeremy Sinclair, Bill Muirhead and David Kershaw.