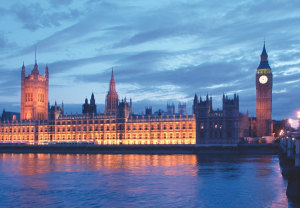 M&C Saatchi expects a small profit for the half year after a better than expected June quarter, when the economic impact of the coronavirus was in full swing.

The company, which is due to announce half year results in September, says the initial results are "encouraging and more favourable" than management's expectations.

M&C Saatchi is the second large holding group to report a better than expected performance.

Now M&C Saatchi has told the London Stock Exchange it expects to report a small underlying profit before tax, and before exceptional costs, for the six months to June.

The company hasn't released revenue numbers and M&C Saatchi still has to release its 2019 full year results. These are now expected in August, delayed again from July.

However,  M&C Saatchi says the second quartre of 2002 was "particularly resilient" driven by continued growth in the World Services division and "robust" new business performance across sectors and geographies.

Major government initiatives include the launch of the better health campaign for Public Health England (UK), the Victoria State Government in Australia in its fight against COVID-19 and the much talked about Iceland Tourism campaign.

"Given the uncertain global economic environment over the last few months, these initial results are encouraging and more favourable than management's expectations," the company says.

"Although revenue declined in H1 2020 compared to H1 2019, the better than expected second quarter performance and the swift and decisive action taken in reducing costs has resulted in a relatively stable first half year performance, stronger than was anticipated at the start of the pandemic."

M&C Saatchi, like others in the industry, quickly cut costs, including salaries, and suspended shareholder dividends as the coronavirus shrunk the global advertising dollar.