Maggie Beer and Weis among Aussie brands squeezed by Coles 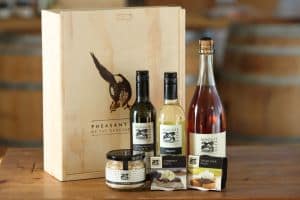 Some 60 Australian brands have stood up to Coles in the war on rebates as the ACCC investigation into the so-called supplier squeeze rumbles on.

Maggie Beer and Weis as well as FMCG giant Nestle were among 62 brands cited by the watchdog in its proceedings lodged with the Federal Court against Coles for "unconscionable conduct" towards 200 of its suppliers.

The supermarket is accused of threatening suppliers, taking advantage of its scale as leverage to charge rebate fees which the ACCC says had “no legitimate” basis, in a bid to boost its income.

Smaller brands were hit hardest and the 62 suppliers that refused to pay the charges faced an “escalated” front by the supermarket as it sought to impose its terms upon them. They claimed to have been threatened with product lines being delisted, new products not considered and marketing support for brands being withdrawn.

The multinationals weren't out of the picture either. As well as Nestle, Coles is said to have made demands of Procter & Gamble and General Mills, as well as some of the smaller Australian brands named in the 57-page court document filed. P&G and General Mills agreed to pay the supermarket – Nestle refused.