Magazines: Outdoor has had it too good for too long 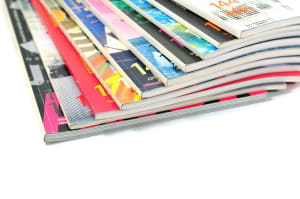 There’s a war brewing. Magazine publishers are gearing up to bring the fight to a rival media channel to regain the ad dollars lost in the ongoing battle for budgets.

The major magazine publishers – through their industry body, Magazine Publishers of Australia (MPA) – are looking to prove their worth against other heritage advertising mediums that have been basking in the sunshine of ad revenue growth.

The medium that’s first on the agenda is outdoor. Spend in outdoor is growing and has been for some time. According to the Nielsen Top Advertisers Report it was up 16.51% year-on-year in 2014, and those in magazine land think it’s time they experienced some of that growth.

“We think outdoor has had it too good for too long. For a medium that’s essentially an awareness medium, they don’t have their content independently audited, they don’t have opportunities for native, they’re not positioned to target women. But magazines do as good a job, if not better, and can do all those other things as well, in terms of content opportunities, and certainly being targeted specifically to the right audience.”

The MPA and its publisher members plan to roll out a trade campaign which will weigh up the benefits of magazines versus outdoor. The plan of attack is currently being finalised, with no date set for the campaign, but Kendall says that it can’t wait much longer to take the fight directly to outdoor.

“Outdoor is the one that should be the first, second and third on the list in terms of channels we’re going after. In terms of the role different mediums play, we certainly believe that there’s a similarity between outdoor and magazines from a brand point of view. But, as I said, outdoor doesn’t have all those other components that we can bring to the table,” Kendall adds.

The campaign is understood to be coming in the next few weeks and Kendall explained it will feature insights from the publisher's research panel.

He also explained the campaign won't just be going after outdoor specifically, rather reminding people the power of magazines, and what the medium has to offer.

“Its not about just having a crack at outdoor, it's about reminding people at the same time the strengths of magazines. On the one hand, we want to highlight some of the inefficiencies outdoor has, but it's not a negative campaign. We want it to remind people and celebrate the strength of magazines as well,” he said.

It isn't just the publishers singing the praises of outdoor, with Nielsen conducting an econometric modelling study across three FMCG brands which revealed investment in magazine advertising is both cost effective and delivers a solid return on investment (ROI).

Using data across the past three years, the study looked to determine whether replacing average readership data with real-time weekly data available from MAPP (Magazine Audience Performance Predictor) would impact on the ROI magazines delivered.

By adjusting this variable for magazines and bringing it in line with the standard reporting periods of competing marketing channels, the results uncovered a dramatic shift in the ROI for the three brands that were studied, with key findings including: magazine’s ROI moved from the lowest at 0.34 to the highest at 0.91- up 168%, magazine’s contribution to sales more than doubled from 10% to 23% and when magazines and TV were layered together, TV’s ROI improved by 18%, online video and digital display improved by 13%

Mary Ann Azer, MPA director said: “We are very pleased with the results. It was a risk to do this study as we didn’t know what the outcome would be, but it has confirmed our belief that reach is not the critical measure of success; what’s critical is the business results like sales contribution and ROI, which magazines clearly continue to deliver.”