Lynx goes for a respray with blockbuster Monday mayhem 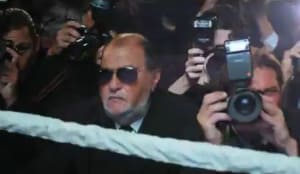 “You get over 4,000 Mondays in your life. Don't waste them. Own them”. Lynx eschews angels dropping out of the sky and spray liberally to get girls messaging for an action-packed blockbuster approach to man-fresh, complete with slow motion exploding mugs, tofu disdain and booming American voice over.

Two new TV spots titled “Monday” and “Wednesday” were directed by Riff Raff Films’ Jonas Euveremer and Francois Rousselet, who have previously worked on the films clips for Iggy Azalea, The Presets and Madonna. You can tell. The ads have something of the ironic Madonna video about them, to music that sounds slightly better than 50 Cent's In Da Club, and squeeze in a lot of fun.

“LYNX has always had a bit of fun in the visual ad space with major blockbuster-type commercials, and this same approach is evident in the new spots. LYNX is talking to the most influential generation of men, whose priorities are getting ahead in their careers or becoming established in society,” said LYNX marketing director, Jon McCarthy.

“It’s not just about getting the girls anymore; it’s about becoming the best version of you and getting ready to take on life.”

The brand has repackaged its entire range and will push it via an outdoor campaign over four weeks. Two weeks after the initial posting two of those ad sites will be “hijacked” by street artists Yok and Sheryo as part of the Lynx Expression series campaign developed by Soap.

See the campaigns below.