Leos Melbourne takes us behind the scenes of Bonds' crazy, sexy, cool ad 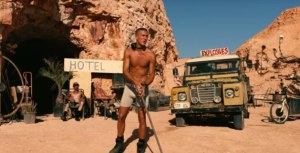 This  first appeared in print and looked smashing on a double page spread. Check it out here catch it in print first.To support AdNews see here.

Forget big brash balls on billboards and radio hosts swinging from chin-up bars in their undies, the lat­est fashion-forward move from iconic Australian brand Bonds oozes the perfect amount of crazy, sexy, cool. From AdNews in-print, we explore 'The Work'.

Working with Leo Burnett Melbourne, the brief from Bonds was to create a piece of work that stood out in not only the underwear category, but also the fashion cate­gory, while still maintaining the brand’s heritage.

Leo's art director Lucy Logan, who suggested the Coober Pedy location after visiting with family, tells AdNews the only caveat for the ad was the talent had to be in their undies.

Logan says they pitched it as a 60-second fash­ion film, creating an entire town in the middle of the Australian desert, and that Bonds were “in love with the idea from the get go”, meaning the concept stayed al­most the same from conception.

“The script went through lots of rounds of refine­ments but most of our time was just spent crafting each scene,” Logan said.
Once the location was locked in Logan said they made a few amends to in­clude some of the local spots such as the “impeccably art directed” junkyard and the grassless golf course.

Carving a new space for Bonds without losing its roots as a much-loved Australian brand saw a big shift in the tone of the cam­paign. It's modern and edgy without the pretentiousnesses that many fashion ads have. It also managed to retain a sense of fun that Bonds is known for by adding quirky scenes such as filling up the car wearing only underwear, mowing the desert and cycling with a melted bag of ice in a bike basket. 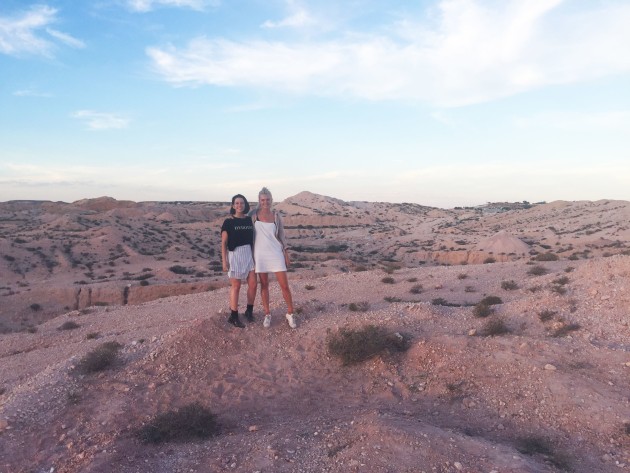 Leo's copywriter Holly Burgess says aside from sell­ing product, the aim was to entertain and reignite the love for Bonds, giving the brand some added fashion cred in the process.

“We wanted to create something for the brand that was more iconic and memorable than a dance routine,” she said.
And the best bit?

“It’s one of those places that is iconically Australian, but also feels kind of out of this world.

“It made the perfect setting for our make-believe town. Any way you point a camera it looks stunning and it’s the one spot in Australia that is guaranteed to be a scorcher every day, so was the perfect location for this concept too.”

Aside from the heat, Coober Pedy is also known for its locals and 'Crocodile Harry', “the eccentric old dude” that lived in the cave from the opening scene, was essen­tially a tourist attraction for female tourists, Logan said.

She said while Harry isn’t around anymore, Coober Pedy, which has a population of about 1600, are some of the most interesting, friendly, creative people she has ever met.

“They felt as important to the idea as the incredi­ble landscape. Using locals who seamlessly fit into the scenes was a nice way to give this made up town a vibe that it had been that way forever,” Logan said.

“We originally weren’t sure if they would be up for stripping down to their undies on national TV but to our surprise so many were keen we had to hold auditions! They did a great job and were unbelievably helpful too.” 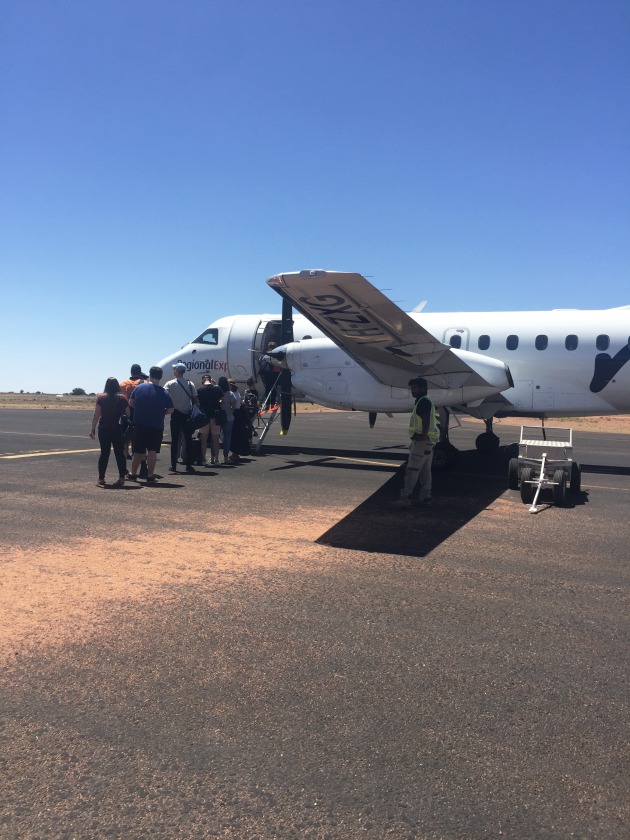 Extras Tammy and Swampy were kind enough to let them shoot in their junkyard and also helped them source all sorts of last minute props.

“One local named Prickles let us borrow his bike helmet for a scene, and Colin (full-time mechanic, part-time international stick fighter) fixed the bus at the 11th hour when it broke down on set.”

Both Logan and Burgess said as Bonds has never tak­en itself too seriously it was important it didn’t lose that - although it was a balancing act not to go too far “into the silly side of things”.

“It was an incredibly fun script to write, we had a few scenes that pushed it even further but with the location restraints and only 60 seconds we had to be very selec­tive,” Burgess said.

“We’ll definitely keep heading down the fashion-that-doesn’t-take-itself-too-seriously path - it’s a rich, ownable space for the brand to play in.”

Burgess says her favourite scene would have to be the mower scene.

“Mowing the lawn is such a classic, nostalgic Aussie activity so it was one we desperately wanted to parody in a town with nothing but dust for miles. Hilariously, we had to source the mower in Coober Pedy - which proved particularly difficult for obvious reasons.

“Everyone in town pointed us towards a local who, for reasons unknown, happened to have one in his (un­derground) shed - and it was a Victa! We couldn’t be­lieve our luck.

In terms of the greatest hurdle for Leos, both Logan and Burgess said it was definitely the sheer isolation of the place.
The destination is literally in the middle of nowhere, a seven-hour drive from the nearest city, so getting the entire cast, crew, agency and client there proved a logistical challenge.

“We essentially filled two small planes, a few buses and a Winnebago with everyone involved. It felt like a big school trip, but with adults.

“Propeller planes have crazy strict luggage allowances so everyone had to be so sparing in what they brought along, not at all fun for the stylist and make-up team. It also meant sourcing everything once we were in town, so it was bit of a scramble and involved a lot of help from the locals.

“There were two other cars that fell through before the sweet Ford you see in the spot, but when we saw it turn up on set, we were stoked, Burgess said.
The heat also proved a challenge, with temperatures between around 40-46 degrees for the entirety of the four day shoot, which Burgess said meant being careful not to melt any cameras or laptops, or people - “but at least t he sweat was real”, she said.

Who needs models when locals are keen to jump in the ad? 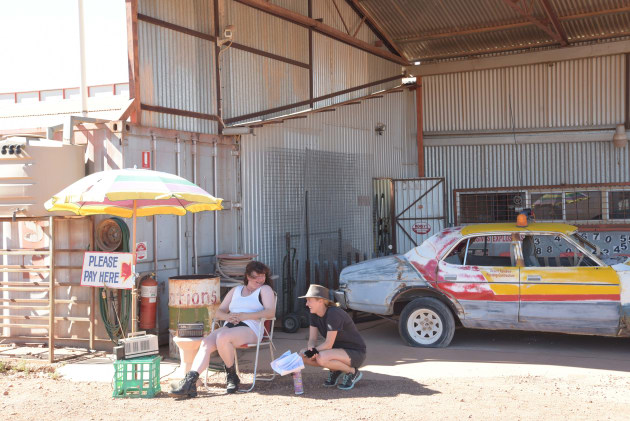 What the marketer says

Marketing manager for Bonds, Michelle Taylor, tells AdNews that for 2018 Bonds was after an idea that would give a nod to its past “its gotta be Bonds”, but showcase how the fashion aesthetic of the brand has evolved through the new Bonds Originals range.

“We loved the attitude in the script, it felt like the right shift for us, yet the concept was still grounded and unmistakably Australian,” Taylor said.

She said the goal of this ad is to continue to surprise and excite its consumers and while it's early days on ROI of the campaign, it has had some “incredibly” high engagement with the various forms of campaign content and positive feedback from its audience.

“Bonds has always tried to develop creative that makes our audience smile, she said.

“Having a sense of humour and not taking ourselves too seriously is very much part of the Bonds DNA.”

Check out the full ad below: