Leo Burnett wins Canon media from MediaCom without a pitch 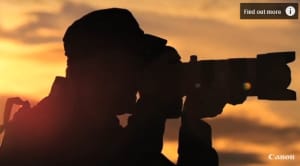 Canon has handed its media planning account to creative agency Leo Burnett, without a pitch.

The account was handed to Leo's around six weeks ago, but the agency does not officially take on the business until the last week in September, AdNews understands. Leo Burnett CEO Pete Bosilkovski declined to comment at this stage, and a week ago, Canon would not comment on the move. However, a number of sources close to the matter have confirmed that Leo's will take on the business.

The account, said to be valued between $10 million and $11 million is a blow to MediaCom, which has lost a number of accounts in the last six months, with Foxtel and IAG moving their accounts to Mindshare.

Leo Burnett is growing its expertise in media, following the move last year to take on all Diageo's media planning, with buying handled by Publicis stalemate MediaVest. The move was a surprise as Diageo moved its media account out of Ikon and handed it to the creative agency.

Earlier this month Leo's promoted Emma Montgomery to lead its 'connect' media division as it redefined its Connect Strategy model to offer what it calls a "media agnostic" approach that is rolling out across the agency.