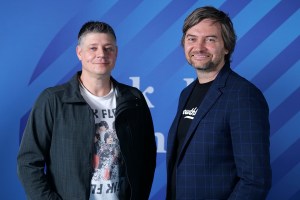 With 25 years’ industry experience across Australia, South Africa and the Middle East, Liebenberg has worked on some of the world’s biggest brands across virtually every category and been recognised at all the major awards.

Most recently, he worked at AJF on Catch, Dare, Remedy, Holden, Officeworks and Lion Dairy.

“This is a red-letter day for the agency and the realisation of a long-held ambition," Khemistry co-founder and practice lead Andy Fyffe says.

"Brent’s appointment as our inaugural ECD strengthens our capability to service top-tier brands in the Queensland market and helps lay a platform for national expansion.

“We’ve been pursuing Brent for some time now, but it’s been worth the wait. It’s not every day a new ECD arrives in the Queensland market, especially one of Brent’s calibre.

“He’s not just a world class creative, but for us, he exemplifies the new generation ECD. An incredibly thoughtful, inclusive leader who unlocks big ideas and draws out people’s best work without the huffing and puffing.

“He’s going to be a fantastic culture fit, and our clients are going to love him. His experience driving the creative agenda for national leaders in the most hotly contested categories will be invaluable for the agency.”

“While Brent never talks about himself in the third person, just this once he’ll say that he’s super-excited to be joining Khemistry," Liebenberg says.

"Brent got to know Andy and the team through various projects over the past few years, and apart from being smart and talented, they’re all really decent humans, which is just as important.

“Khemistry’s social marketing and behaviour change work is widely recognised, so Brent is excited to be part of that story, but also to help the agency stretch into new territory.

“I believe Khemistry’s psychology-first, design thinking-led approach is just as effective for solving hard business problems as it is for addressing social ones.”

"He will be a key partner for Brent moving forward, as will Diane Grice, who was recently elevated to head of client service and Roz Ruwhiu, our newly appointed head of content," Fyffe says.

“Together, we’re inspired to write a whole new chapter in Khemistry’s story as the advertising industry’s leading catalysts for positive behaviour change.”