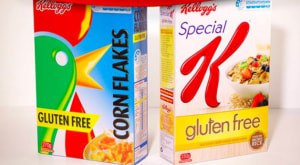 The account, which remains a 'special market' for the global brand, is currently managed by GroupM's agency Mindshare.

It is also understood that the majority holding groups are involved, with Carat, Mindshare and Zenith believed to be the key agencies on the list.

AdNews understands a motivator behind the decision is in part due to the promotion of longtime Kellogg's marketer Tamara Howe earlier this year.

Earlier this year the brand launched the #perfectbowl campagin with Corn Flakes, and had previously been running the Amazing Creations Campaign.

Most of the brands have been reappropriated specifically for the Australian market and are known under various other names in other markets.