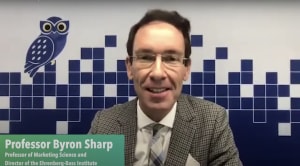 The last six months have changed behaviours, restricted access to shops and forced marketers to think differently about how they engage with their customers. But how has this changed the way we should approach the discipline?

For Facebook’s Head of International Marketing, Fatima Saliu, it’s shown the importance of building meaningful brand connections: “A big learning is that brands no longer have the ability to not engage and not communicate with consumers.”

“We're early in our brand building journey and our approach to this is ultimately to build brands that stand the test of time. So our creative on platform is often the first lever we pull when bringing our brands to life."

He says: “I think what we saw initially was a scrambling for short term messaging - talking about helping, being there. And there were a lot of brands that did that initially. But when we came out of lockdown, and we went back to normal, we saw advertising going back to the way it was.”

Director of the Ehrenberg-Bass Institute for Marketing Science, Professor Byron Sharp, believes not a lot has fundamentally changed for consumers.

“There's things like more people at home, and they're spending more time on TV and Facebook, but remarkably the fundamentals haven't changed much. Consumers are busy with their lives. They don't care about brands very much. They're naturally loyal because they use shortcuts and they shop very quickly.”

Shortages have forced consumers to try new brands, a potential challenge to those which rely on a loyal customer base. But Professor Sharp believes many of these newly trialled items have missed their chance to become the preferred brand, with the simple act of failing to advertise and reinforce their brand name in consumers’ minds.

He explains: “It’s like when we visit a restaurant and say that it’s great and we must come back. And then we never do, because we can't remember the name of the place and I can't remember where it was in town.

“And this is the really important thing about advertising, to remind us to be brand loyal. We must build memories for our brands. Advertising has to get noticed.”

In advertising through the pandemic, Stapleton believes we need to remember humour is often the best tonic: “Initially there was a lot of wariness from brands, but what I observed was that consumers wanted to laugh.

“It's like this weird discovery that people like to laugh in advertising. But it seems to be something we rediscover every year.”

Even more important, Stapleton says, is having a point of difference: “There's been a huge amount of work that is incredibly generic. A lot of that was because people had a sort of knee jerk reaction. So maybe the greatest learning for me as a creative is to try not to say what everyone else is saying, or say it in a better way.”

He points to Tiny Pub, a DDB creation for brewer Emerson’s in New Zealand: “Our idea was, what would happen if we made a pub for only two people? Because that's actually the best way to enjoy a beer - with your best friend when you have the whole pub to yourself.

“And I think what Tiny Pub proves is, if you get the idea right, and it’s something interesting, then people will find it.”

Saliu notes Facebook is adhering to the fundamentals of the practice: “We've offered products with utility, but more recently have decided to inject meaning and have a conversation with our consumers around Facebook, Whatsapp, and Instagram.

“When we think about brands that stand the test of time, they forge meaningful, emotional connections, and engage with purpose. Brands that are able to do that, which we're attempting to do, are the ones that are best equipped to ride out the pandemic.

“We have observed people adapting to life indoors. So whether it was Brazilians doing the samba inside, or parents in the UK figuring out how to keep their kids entertained, our creative reflected their real experiences and emotions. And that was something that got people from passively engaging on social media to forming connections within groups and other forums on our platform.”

RETURN OF THE MAC & EFFECTIVE ADVERTISING

Stapleton believes, pandemic or no pandemic, there’s a lot to be said for sticking to the basics, citing work on McDonalds’ beloved Big Mac when restaurants were able to reopen, as an example.

“There was a consistency with what we did - we didn't deviate from the brand. Businesses should use their brand in a time of crisis to say what they've always said,” he says.

And while the Big Mac might have its own secret sauce, Sharp is definitive in saying that no such thing exists for the perfect advertisement: “If anyone tells you that there's a recipe for making great creative, well, there isn't. And we've done a lot of research looking to see if there is, but no, advertising is complicated.

“But we know what it has to do. It has to refresh memory structures, and occasionally build new ones that help people notice a brand and buy it. So getting an emotional reaction may be one way to do that quickly, but it’s not the only way.”

HOW CONSUMERS ARE CONNECTING WITH BRANDS

There have been some interesting ecommerce trends emerging in recent months, Saliu explains: “In Australia 62% of CPG consumers who used meal subscription services in the past four weeks did it for the first time*. And that was a behaviour that we hadn't previously seen.”

Sharp noted ecommerce’s growth during lockdown, but said many habits really haven’t shifted much as yet: “People use supermarkets as a pantry. They generally don't stock up hugely - more than half of all supermarket shops are people buying six items or less.

“When we looked during the pandemic, it was pretty much the same trends - by far the bulk of shopping was still people popping in to get one or two items.”

Stapleton believes the ecommerce journey is still too often functional: “I think we are at an interesting fork in the road. There's quite a lot of work to be done on how you can make ecommerce a more experiential and more emotional space. And maybe that's a hint as to where we’re going to go in the future.”

AND WHAT OF THE FUTURE?

Sharp observes while a global recession is inevitable, brands shouldn’t panic: “Yes, things like Champagne sales suffer during recessions, and certainly in lockdowns there are fewer weddings.

“But the message to marketers is: don't slash the price of your product and don't feel the need to completely throw out your previous advertising campaign. Keep calm and carry on.”

Saliu is betting on the migration to online continuing: “In most cases, people are seeking connection and entertainment. So the need to be thoughtful about where you show up and how your brand stands out is a trend that I see continuing.”