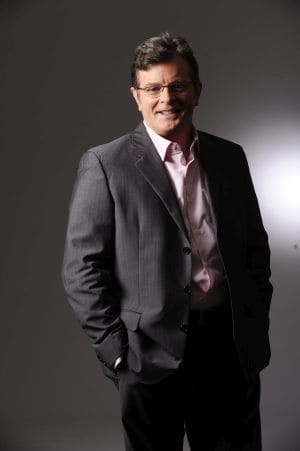 John Zeigler, CEO of DDB APAC is to retire and step down from his role after nearly three decades with DDB Group.

Zeigler, has led the AAPAC business for the last 11 years. He will remain with the network as chairman emeritus Asia Pacific. He has been with DDB since the network bought his agency Kuscyinski and Zeigler in 1986.

He has previous held top rolls across the network in Melbourne, Dallas and Singapore.

DDB Group Australia and New Zealand chairman, Marty O’Halloran, will continue to lead the regional business and report to DDB Worldwide CEO Chuck Brymer. Current president and CEO of DDB Singapore, David Tang, will take over as CEO of the Asia region.

O’Halloran said: “In his time as the head of the region, John has achieved outstanding financial growth and has championed our creative success. John has been a great mentor and supporter of my efforts to grow DDB Australia and New Zealand and I’m going to miss those crazy ideas!”

Zeigler is a feted Aussie ad man, and during his tenure as Asia CEO, DDB claiming Network of the Year at Spikes Asia and AdFest in 2010, 2011, 2012. Since then it has been within the top 3 each year. He was named Global Marketer of the Year by the Academy of Marketing Science in 2013.

Zeigler said: “This decision has not come easily. Mostly because of the people I have worked with and those who have done so much to make the region what it is today. I often tell my kids two things - change the world and then when you do, get out while it's still good. And so I am heeding my own advice."

“I have worked with many talented people, and the time is right for these same people to continue to drive DDB Asia Pacific forward under Marty and David’s helm. DDB has been my extended family for so long, and I will always think of it with fondness, pride and admiration,” Zeigler concluded.