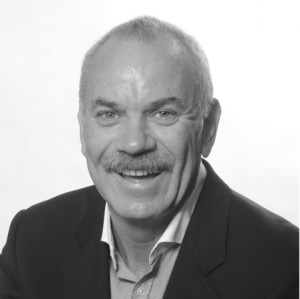 John Steedman, board director WPP AUNZ/chairman WPP Media Services AUNZ, has been inducted into the AdNews Advertising Hall of Fame at the 2018 Agency of the Year Awards.

Founded in 2009 with 12 incumbents, the AdNews Advertising Hall of Fame takes in a new inductee each year.

Inductees are chosen based on how they have influenced the direction of the advertising industry and helped put Australia on the world map through outstanding, innovative and original advertising.

Kicking off his career as a dispatch boy at McCann Erickson Sydney aged 16, John Steedman couldn’t have predicted that his career would reach the impressive heights it has.

In fact, he admits he “really had no idea about advertising” back in 1971.

After scoring a $20 a week McCann role, Steedman, who was born in Mildura Victoria and spent his teenage years living on Sydney’s northern beaches, was promoted to media assistant, then media manager, with the latter role seeing him relocate to Adelaide.

Steedman paints a picture of the business in the early 1970s; he explains it was the year the electronic calculator was invented; cigarette advertising was banned from TV; colour TV was taking hold in Australia; the first International One Day Cricket match took place, and there was a guy in the media department at McCann’s who was still using an abacus.

After 18 months in Adelaide, Steedman joined JWT, after a call from its national media director Alan Robinson.

“I distinctly remember the day Robbo interviewed me for the role of media group head on the Kellogg's business. I was 21.

“It happened over a beer at the Lion Hotel in Adelaide when he asked, "So mate, when can you start?" My response was "Don’t you want to know a bit about me?" He said "Nope, I know enough from the industry so when can you start?" I started four weeks later after relocating back to Sydney.”

Steedman also recalls one of his first meetings with Kellogg's in 1976, with the chairman of JWT, Paul Jacklin in the room.

“He said to Robbo, "Who is that child running the Kellogg's media business?" He said "John Steedman". Jacklin responded by telling him to get him to "Grow a beard, he looks too young". So, I did.”

Steedman describes his business style as empowering those around him and taking a collaborative team work approach.

“I've had the same philosophy really from day one,” he said.

“I like to be inclusive of everyone around me and when I make decisions, I seek views from everybody else before I make a decision, particularly if it's a big decision.

“My approach has not changed since then. I've always liked being around people and I like working in a team as opposed to working in isolation,” he said.

After varying roles at JWT Steedman was next appointed CEO of Mindshare Asia Pacific and relocated to Hong Kong, helping set up 17 Mindshare offices in 12 markets around the Asia Pacific region.

After a role as chairman and CEO GroupM Asia Pacific in 2005 to then becoming chairman and CEO of GroupM Australia in 2008, and now in his current WPP AUNZ role, Steedman says reaching board level was not down to having a university degree.

“There's an expectation that everyone must go to university, but I don't necessarily agree,” he said.

“I didn't. I left in year 10. I think it's about the person. Who they are is more important than a raft of degrees to support their case, because intellectuals sometimes don't fit into an environment which requires 100% communication.”

Steedman argues that these days it’s far more exciting for people coming into the industry as the media business is more varied, but adds that attracting talent to the space, to compete with tech firms such as Google and Facebook, is a challenge.

“The onus is on us to persuade those people that what we do is as exciting, if not more exciting, than the big tech companies,” he said.

Steedman said he has remained excited by the business by changing roles every five years.

“After five years I think you can become stale and repetitive in what you do. You've got to find new challenges and opportunities to keep that spark going. That's exactly what I did. Every five years, I changed my role. That's just kept me going,” he said.

“Again, I love working in teams with people, lots of people. I love the excitement that it brings. I love working with big clients and helping them with their communication plans. I think because of that, it's varied and you don't become bored.”

On particular career highlight for Steedman was winning the Unilever business back in the 90s, after the brand consolidated all its media business within JWT. Being a small agency he recalls much celebration at a La Grillade team lunch in Crows Nest.

Despite many changes over the years, one thing he insists has stayed the same is forming a partnership or a relationship with individual companies and media owners.

He attributes his success in this area to “always being very honest” with the people he deals with.

“I think in the end that pays off. I don't think there's any room for bullshitting in our business,” he said.

He recommends “continually reinventing yourself”, to never stop learning and to have a vision for one's self and map out how you're going to get there.

In addition, he said one of the key aspects for him is always having fun.