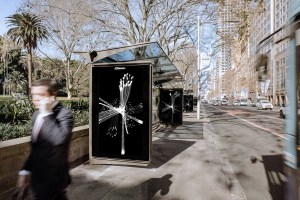 JCDecaux has launched ‘Smartframe’ ­– a network that connects and applies data intelligence to more than 300 premium small format and large format digital assets across Sydney, Melbourne, Brisbane and Perth.

JCDecaux said the network of screens reaches 60.4% of directors, senior managers, professionals and other high level white collar workers in these capital cities. The outdoor company said Smartframe reaches 48.2% of the total population 80% of pedestrian contacts

In Sydney it includes locations along Sydney’s York Street, Eddy Avenue and Elizabeth Street, while in Queensland there are screens at rail locations.

JCDecaux predicts that by 2020 the Smartframe network will include 2,350 digital locations. The outdoor company could rapidly grow its digital network if the ACCC rubber stamps a proposed $1.12 billion acquisition of APN Outdoor – Australia’s second largest outdoor company.

"This is the first time we are offering such a powerful digital network. It’s a key part of our commitment to produce world-class designed, intelligent digital assets."

JCDecaux said it can offer advertisers unique geospatial audience, behavioural and transaction insights in retail, commuter and city precincts through the data and insights capabilities of JCDecaux’s Codex, Orbit and Pigeon Project.

For example, Melbourne’s Collins Street locations offer advertisers 3.6 million weekly audience contacts in the city’s most popular retail corridor, with $66.1 million transacted in its vicinity in the last 12 months.

JCDecaux isn’t the only outdoor company to reveal plans to improve its use of data across its digital network.

APN Outdoor, the subject of a JCDecaux takeover, has revealed its own plans to improve its in-house fata and analytics capability, while rival Ooh!Media is launching an automated private marketplace that uses machine learning.

The flurry of takeover deals among Australia's largest outdoor companies has concerned some media buyers.