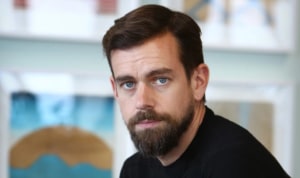 Twitter is looking at ways to make money from its users as advertising revenue declines.

The social media company reported a revenue of US$683 million in the second quarter, down 19% year-on-year.

CEO Jack Dorsey says the company has started to see a “moderate” recovery in advertising demand compared to the last three weeks of March when the pandemic first hit the global economy.

At the same time the platform has added users quicker than expected, with average monetizable daily active users up 34% year-over-year to 186 million, marking the company’s highest growth rate to date.

Twitter says events such as the coronavirus pandemic and Black Lives Matter protests in the US have helped attract users to the platform but also contributed to lower ad spend from brands.

To find revenue streams elsewhere, Dorsey confirmed the platform was looking at a paid model for Twitter with testing likely to begin later this year.

“We’re in the early stages of exploring other potential revenue opportunities to complement our advertising business,” Dorsey told analysts.

Rumours of subscriptions on Twitter started when the company posted a job opening earlier this month for a software engineer to work on building its subscription platform, codenamed Gryphon.

“We have a really high bar for when we would ask consumers to pay for aspects of Twitter,” Dorsey says.

“This is a start and we’re in the very early phases of exploring… we want to make sure any new line of business is complementary to our advertising business.

Despite the fall in ad revenue, Twitter shares have risen by more than 6.5% since the company revealed its surge in users and potential subscription plans.