Is this how brands should be marketing to women? 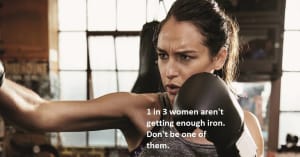 Meat and Livestock Australia (MLA) didn't want to create another female “empowerment” ad with its women-focused beef campaign, and instead has aimed to challenge beef's blokey reputation with a more honest message, according to its agency BMF.

The campaign continues the 'You're Better on Beef' brand platform unveiled in 2015 and to that end continues to target women, rather than men.

The campaign focuses on how three women take on the day with the energy that beef gives them, with a 90-second online film and three 30-second television commercials.

While many brands have recently unveiled work that fits the “femvertising” trend, BMF executive creative director Cam Blackley says the campaign is consciously different as it approaches women with a “universal truth” and some wry humour.

“We were conscious there was a risk that an idea like 'the day is your rival' could become another empowerment ad with insincere worthiness, high vibe music and a vague voiceover,” Blackley says.

“But the personification of 'the day' combined with a storyline that lifts the veil on how toys might end up all over the lounge; why shopping trolley wheels misbehave; who’s behind your choking fits; and how you ended up flat on your face - that's the nod and the wink that unlocked a fresher approach.”

MLA group marketing manager Andrew Howie says that the decision to focus on women stems from research which found that while males were increasingly helping with grocery shopping, meal decisions still tended to have a female skew.

He says the campaign aims to reduce barriers to the consumption of beef by educating consumers on the nutritional benefits of protein, iron and zinc; minerals in beef.

“Part of the “You’re Better on Beef” brand reposition in 2015 was to soften the blokey reputation of beef,” Howie says.

“Finding new, relevant and engaging ways to inspire consumers to consider your product is not easy. Particularly in a modern world where there is media fragmentation and a proliferation of noise in market, mainly caused by bad advertising clogging up our daily lives.

“At MLA, we consistently seek to ensure our campaigns don’t add to that noise. We have honest intentions to deliver work that is a bit different.”

However, Howie and Blackley are adamant that while the aim of the campaign might to be target women, it was also designed not to be isolating to a male audience either.

“Women are the focus of the ad, but the truth is universal. Some days it feels like you’re winning, some are tough and some kick you in the ass,” Blackley says.

“Men, we know, index well with beef, so while this concept is as relevant to them the campaign didn’t need to preach to the converted.”