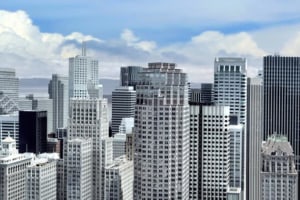 New York-based Interpublic Group reported a rise in profit for the three months to June, but growth in the US advertising industry was weaker.

CEO Michael Roth confirmed guidance for an organic growth target of 2% to 3% for the full year.

This was driven by international markets where organic growth was 6.5% for the quarter, driven by LatAm, Continental, Europe, and the UK.

Australia wasn't mentioned but Asia-Pacific recorded negative organic growth of 0.3% for the quarter and -2.5% for the half year.

Organic growth was just 0.6% in the US compared to 4.6% last year. This reflects headwinds from account losses last year, offset by gains this year.

"The growth we saw despite the headwinds and industry-leading comps from last year along with our win rate this year demonstrates that our business remains solid," says Roth.

Looking to the rest of the year, Roth told analysts he was confident that the performance to date and the current tone of the business have IPG on track to deliver growth at the high end of the 2% to 3% organic growth target set at the start of the year.

"We view our current performance and long-term strategy as the basis for significant shareholder value creation," he says.

IPG's numbers for the second quarter of 2019: