“Intangibles” tax to include online advertising 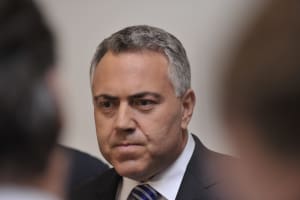 Answering questions posed by AdNews, the Treasurer's office confirmed that online advertising is a part of the tax on intangible services, which also includes charging GST on things like digital downloads of movies, music, and video games.

The overall package is due to raise $350 million over four years, meaning it is unclear just how much online advertising would now be subject to the GST impost.

The Interactive Advertising Bureau declined to comment, as did several media agencies when contacted this morning, but Omnicom Australia CEO Leigh Terry has flagged reservations to the move should it come to pass.

“Whilst I understand the intent and agree that international businesses should play on the same level playing field as local media companies, there is a concern that because GST is charged as part of retail pricing, if simply applied on top of current prices effectively this becomes a tax on Australian advertisers who ultimately are the purchasers of online advertising – whether through agencies or directly – rather than impacting the international sellers being targeted,” Terry said.

Terry said he feared such a move would essentially simply be a tax on advertisers, and said media companies would need to look at their rates.

“Should this come to pass, discussions will need to be had around prices paid coming down to reflect and incorporate some or all of that tax increase,” Terry said.

When the idea was first floated by Malcolm Turnbull, some estimates had it raising $240 million. However, it is unclear whether this was an estimate for one year of revenue or four.

Yesterday the Treasurer confirmed the move as part of his broader budget process.

“It is plainly unfair that a supplier of digital products in Australia has to charge GST and an off-shore supplier does not,” Treasurer Joe Hockey said.

“When the GST legislation was drafted it did not anticipate the massive growth in the supply of digital goods like movie downloads, games and e-books from overseas.”

More detail on the proposal, however, and what proportion of online advertising the move could affect is thought to become clearer this evening, when the government hands down its Budget.