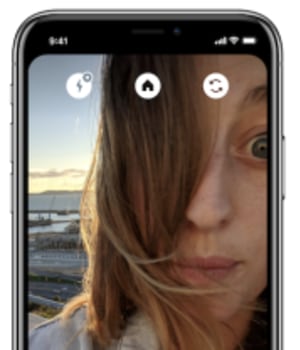 The new app is an attempt by Facebook, owner of Instagram, to provide a platform for more intimate relationships, after declaring it wants to be the “digital living room” not just the “digital town square” in people's lives.

The Threads app opens directly to a camera - something Snapchat has touted as its advantage in image-based messaging.

It’s not the first time Facebook has mimicked Snapchat. The social media giant previously adopted Snapchat’s Stories format, which has since grown to attract 500 million users across Facebook, Instagram and Whatsapp each.

Messages from users on the Close Friends list will appear both on Threads and Direct, allowing for seamless communication between the two. It also lets people turn on an “automatic status” which Instagram says shares “little bits of context” of where the user is, without giving their exact coordinates.