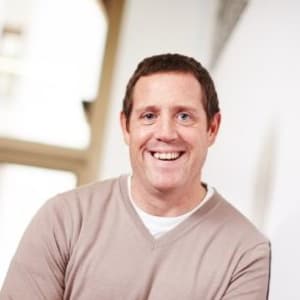 This week we head to Sydney to meet AOL head of publisher sales, Grant Bingham.

I joined Adap.tv in 2013 and we were then acquired by AOL later that year, so just under three and a half years.

We simplify the internet for consumers and creators by bringing together the world’s best builders of culture and code through premium media and technology solutions.

I head up AOL’s publisher services team and manage a wonderfully talented group who are responsible for all publisher products across AOL’s programmatic, creative and content syndication platforms.

It’s been a crazy year again with lots going on and a lot more planned in the coming months. At the end of 2015 AOL acquired the world’s largest mobile network and programmatic platform Millennial Media. Earlier this year we also purchased the Paris based yield optimisation company AlephD. Both of these acquisitions are very exciting as it shows we are continuing to bring significant technology investment to our platform and it also increases our footprint across Southeast Asia. The launch earlier this year of ONE by AOL:Publishers has also kept us pretty busy.

I like that you are not limited in your ability to create success for yourself and those around you. I’m continually amazed by the very smart people I have the pleasure of working with who continually push boundaries for solving complex problems and continue to make our business a real success. This is all at the same time as looking effortlessly cool and well presented.

I previously worked in education publishing before I enjoyed a few years in London with the ad network Ad Pepper. I then moved to Australia in 2010 and had the pleasure of working at Yahoo!7 before I joined Adap.tv.

That’s very difficult to say as things are changing quickly but I’d like to see where AOL Australia is by then and hopefully still be part of the organisation in some capacity. There’s a lot in the pipeline so there are very exciting times ahead for the Sydney office and I suffer terrible FOMO.

Unfortunately for my colleagues there is very little they don’t know about me.

Talk less and listen more and don’t always be the last man (or woman) standing.

I like my steaks so in the winter it’s The Cut and in the summer it’s Kingsleys on Woolloomooloo Wharf. Both have fairly decent wine lists dependant on your tastes.

It’s a very old one I’m afraid but there was a whole series of these in the UK during the 80’s and 90’s. They don’t make themlike this anymore.

I’m going to take an answer from a recent previous profile and say the printed book. It’s still one of my favourite ways to pass the time.

Currently it’s Game of Thrones but of all time it has to be The A Team.

The Death of Kings by Conn Iggulden.

You can only ever do you best.

I got into advertising because:

It was a natural progression from a previous role I was involved in.

In 2021 the world will be a different place and technology and media will also no doubt be a very different than today. I plan to still be at the forefront of whatever is happening and working at an exciting place to be driving change and adoption.

I like red wine, anything from Torbrek and you’ll have my attention.