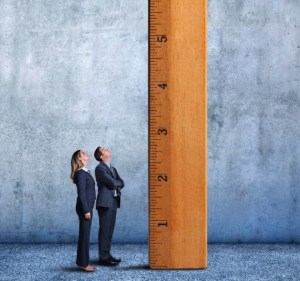 Digital publishers and their peak industry body, the Interactive Advertising Bureau (IAB), have refused to accept online measurement of off-platform video by official measurement firm Nielsen until new measures are put in place.

Nielsen won’t have the minimum video thresholds in place until next February, so instead of dealing with varying up and down numbers over the next six months, it's waiting for a better option.

Digital Content Ratings is an independent third party measurement tool run by Nielsen that measures the content consumed by digital audiences. The IAB endorses DCR as the official metric to indicate how many people are viewing a publisher's content on its own assets and also on social media and other platforms where content is shared.

The problem stems from Nielsen’s current use of online video measurement, which has a lower standard of what counts as a video view when measuring audience.

Nielsen counts a video view of content after zero seconds of play, which is below the MRC standard of two seconds related to ads (not content). The qualifying times apply to all video, not just video secondary crediting, but when secondary crediting measured off platform is added to on-platform measurement, the lifts in audience can be dramatic (see below).

The MRC set standards are for ad measurement only and there are no standards currently set for measurement of content audiences (like those measured in Digital Content Ratings). They have signalled an intention to set standards for content in the future.

In the case of secondary crediting, as an example, Facebook works with partners such as Nielsen and the IAB so that they can provide independent verification of consumption data for content owners. Facebook does not set any benchmarks or standards for Nielsen or other similar partners to apply to the data, this responsibility sits solely with the measurement partner to apply across all platforms to allow comparability.

Large publishers of digital video, including News Corp, Nine and Seven, won’t accept the Nielsen benchmark that it uses for secondary crediting until it develops its own technology to measure it as part of its Digital Content Ratings.

When Nielsen first chose to adopt video secondary crediting for video views, the uplift in audience from certain publishers, such as BuzzFeed and Mamamia, was staggering once they added the video views to their numbers.

“Until the time qualifier is properly introduced, IAB Australia will only endorse video audience data which excludes Facebook secondary crediting for off-platform video content,” the IAB said in a statement.

IAB CEO Gai Le Roy explained that it is the IAB’s responsibility to ensure that only the most accurate data is possible and the zero seconds threshold currently used in secondary crediting falls below the commonly accepted mark of two seconds. Major publishers backed the IAB’s stance.

“It is critically important that we continue to strive to further improve digital measurement to provide better clarity for our digital clients and stakeholders,” Seven West Media chief digital officer Clive Dickens said.

“Part of this investment must include an industry alignment and MRC accredited definition of the qualifying threshold of actual reach by video, the solution provided by Nielsen does not currently meet those requirements.”

Nine Entertainment director of product and audience Roxanne Hoad added: “We believe the release of the metric without the qualifier impacts the credibility of our measurement currency and we look forward to working with Nielsen to align on these measurement standards. Until that time we cannot endorse this new metric.”

Nielsen said it agreed with the IAB's position and that its plan is to layer alongside the video start-based approach. It plans to release audience qualifiers for DCR by February 2019.

It said that it currently measures all video viewing on a start-based approach and that the MRC's standards are set for ad measurement rather than measurement of content audiences.

Nielsen and the IAB have stated that they are looking to build this functionality but the current product will not include this.

In June AdNews reported on Nielsen and the IAB being back in market with a strengthened measurement offering aimed at giving publishers what they want – more depth and precision.

The off-platform data capture refers to the extraction of data on publisher content that is viewed outside of owned assets, for example, news.com.au stories that are read via social media platforms. See full story here.