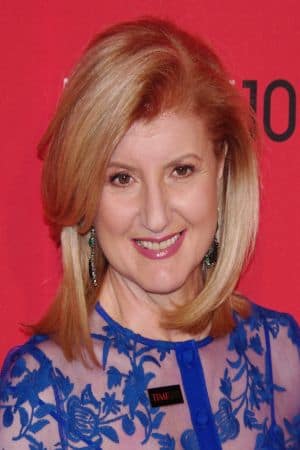 The Huffington Post has confirmed it will announce its launch Down Under by the end of the year - and has fierce ambitions to shake up the local publishing market.
Speaking at the ADMA Forum in Sydney today, Koda Wang, general manager international at The Huffington Post, said: "This is the year we are finally getting ready to launch in Australia. Our ultimate goal is to be the dominant market player in every market we go into."
The publisher, which announced it was coming to Australia several years ago before puttng the plans on the backburner as it pushed into other markets, will bring its successful native advertising model with it. The Huffington Post Australia is planned to launch in the first quarter of 2015.
Wang said the second quarter of 2014 generated about as much revenue in terms of native advertising than the whole of 2013.
"Native has become very mainstream," he said. "We keep the same bar of quality for native as we do for editorial. A lot of editors that create our native content come from our newsroom - they know how to create good content. It's also important to make sure native advertising is clearly labelled. And it's got to be authentic to the brand of your advertiser and to your own brand."
Despite its native success, The Huffington Post is far from abandoning display advertising.
"Display is still alive and there is still a lot of money in it," he said. "The combining of display and native is actually more effective, especially for user recall."
Wang said The Huffington Post is also working hard on personalising its content for readers. "We are using behavioural targeting to identify the interests of different users so we can personalised front pages for everyone. That's the direction we are going in - it's becoming more and more tailored for individual users."
The Huff Post, as it is commonly known, is already in 11 countries and attracts one billion page views every month. As well as its team of 500 reporters and editors, it has 70,000 bloggers.
Wang, who is based in Huff Post's birthplace, New York, said the publisher's DNA, which seeks to make content and conversation meet, makes it unique. It focuses on building a sense of community and allowing high-brow and low-brow to co-exist.
Sign up to the AdNews newsletter, like us on Facebook or follow us on Twitter for breaking stories and campaigns throughout the day. Need a job? Visit adnewsjobs.com.au.

Have something to say? Send us your comments using the form below or contact the writer at lucyclark@yaffa.com.au.