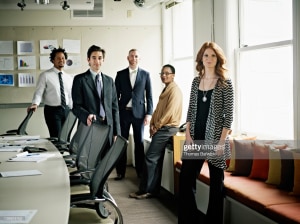 “We’ve been blown away by the calibre of talent who are joining us so early in our history. It feels exciting and meaningful to build our team," Howatson+White chief creative officer and founder Ant White says.

"We all share a big ambition that unites us to build an outstanding creative culture that fast tracks creative talent and continually delivers opportunities and distinctive work that we’re proud of, that drives our clients’ success.”

Creative director and head of art Leslie Sharpe has over a decade of experience working across local and global brands like Amazon, Qantas, Optus, and Tiger Beer.

In between that he’s worked on various brand creation opportunities, working with individuals on early-stage start-up ideas in the digital health and wellbeing space.

Design director Caroline Gilroy brings more than 15 years of experience in both traditional print design and advertising, having worked in Sydney, London, New York, and Melbourne.

Most recently, she was design director at Re.

Senior designer Demian Hamann joins Howatson+White with 14 years of experience working as a visual designer in Wellington, Amsterdam, and Sydney.

The duo has also worked on projects including the Super Bowl campaign Coors Big Game Dream, and The Burnt Christmas Tree.

They bring more than ten years of experience as creatives and CDs at some of the world’s top agencies across New Zealand, Australia, the United Arab Emirates and London.

The duo's departure from the agency was announced at the end of last year.

Since then, their new independent agency has made a slew of new hires and released its first work for foundation client Allianz.