How DDB runs its bespoke McDonald’s agency in the US 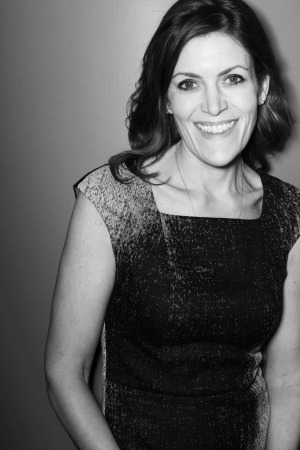 A year ago, DDB North America won the US$820 million creative business for McDonald’s. Its then newly appointed CEO Wendy Clark was behind the strategy to set up ‘We Are Unlimited’, a new bespoke agency model to run the business.

Clark had joined from Coca-Cola, where she held one of the most senior marketing posts in the US.

Speaking to AdNews on a recent trip to Australia, Clark explained how the team presented its McDonald’s pitch from the empty office space that would become We Are Unlimited.

“I think it's important to say that this is something brand new. In the pitch we said ‘we will build your agency here’ and we built it from the ground up,” she said.

For more from Clark, read the profile feature Five Minutes with Wendy Clark… Advertising and other drugs, in the February issue of AdNews. She discussed her motivations and competitive nature, how she learned resilience since joining the agency group, and why Ogilvy should have been paid better for developing Share a Coke. It’s out now. Get it in print, or digitally via Zinio.

Clark says the way its creative teams work to integrate data is what sets We Are Unlimited apart.

Thirty of the agency’s team are based on what it calls ‘the cortex’, a data-focused division that draws on data and knowledge capability from across the Omnicom network, including insights from Analect, social monitoring from Critical Mass, trends info from Sparks & Honey and beyond.

“Data can unleash creativity,” she says. “But often it's inserted in too late, or in a way that hampers the creative. What we do is use data upfront.”

“You’ve got to have ways that engage the creatives because we could write a beautiful strategy based on data, but if it doesn’t yield creativity, and the goal of the agency is create creative work that grows McDonald’s business, then it doesn’t matter now beautiful that data is. It’s got to be a genius connection of those two.

Another aspect that sets We Are Unlimited apart from other agencies is that it works on three modes of operation: micro, macro and mega. Each has different motivations, tactics and briefs and the teams behave differently depending what ‘mode’ they are in. .

“Micro, which is fast, real-time; macro is where the narrative is formed and mega is the big lead campaign,” she explains.

The 2017 April Fool’s Day Mini-Mac campaign is an example of work that came out of the micro mode. All the work was done in-house and largely spread across social channels for a quick one-off activation.

“There’s a role for work like that,” she says. “I think historically the thought was that everything has to flow out of the lead campaign idea, but there was no mega-hook for Mini Mac. It depended on the context of the marketplace and the context on that occasion was April Fool’s Day.

“If you miss the context of the marketplace, it doesn't matter how perfect your creative is.”

For more from Clark, read the profile feature Five Minutes with Wendy Clark… Advertising and other drugs, in the February issue of AdNews. She discussed her motivations, and competitive nature, how she learned resilience since joining the agency group, and why Ogilvy should have been paid better for developing Share a Coke. It’s out now. Get it in print, or digitally via Zinio.