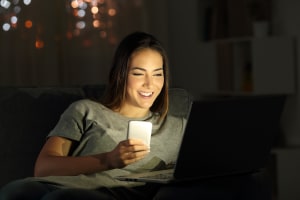 Ads placed on Broadcaster Video on Demand (BVOD) platforms are better liked and remembered compared to when they are placed on YouTube and Facebook, according to new research.

The findings come from phase two of ThinkPremiumDigital's Benchmark Series which focuses on how ads perform around long-form video content. More than 5,000 respondents participated in the research, overseen by MediaScience, held across 252 websites with 6,037 unique experiences.

The research found that the same ad on BVOD has stronger memory recall than on any form of YouTube video advertising, with a 15-second ad on BVOD generating 52% unprompted recall, compared to 41% on YouTube. 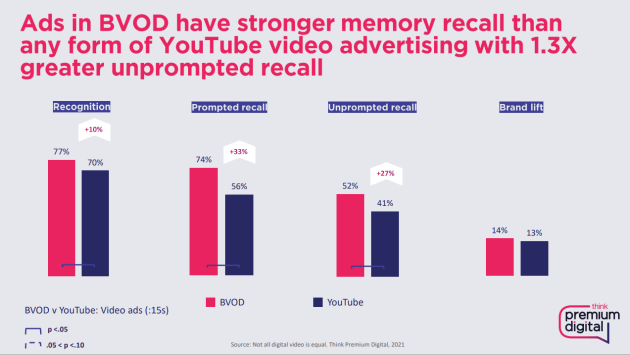 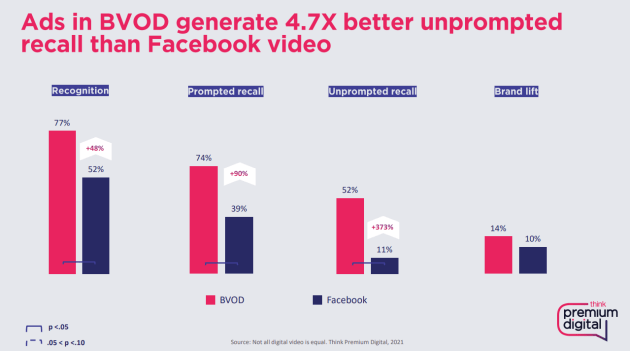 Dr Duane Varan, CEO at audience research lab MediaScience, says ads are able to benefit from the environment they are in, particularly around longer content.

“The content is priming you for certain emotions and that benefits the ads that follow,” Varan says.

Ads in BVOD also outperformed Facebook video across a number of metrics, with an 11% unprompted recall rate for Facebook video, compared to 52% for BVOD.

The research also looked at the likeability of ads, finding that ads in BVOD generate a 15% improvement in likeability over YouTube short-form content.

“From my agency days, often you would get briefed for an entire 12 months to shift sentiment 15% for a brand,” says Venessa Hunt, ThinkPremiumDigital general manager.

“So the difference just by running the same ad in two different environments is incredibly significant.

“We often talk about how brands take halos, positive and negatives, from the content that surrounds them.

“Here, we’re seeing a positive sentiment, we’re getting the halo of being around either a programming brand, such as a TV show, or around a media brand, whether it’s Nine, Seven, or Ten, so that brand transference is happening in exactly the same ad which is pretty impressive.”

ThinkPremiumDigital has partnered with AdNews for a webinar which will dive into the research’s findings. Register for the webinar here.