Hoges and Strop are back working on their hangover cure 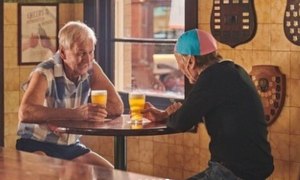 Hoges and Strop are back in a beer commercial.

Paul Hogan, John Cornell and Delvene Delaney have resuscitated the Hangover Cure sketch from the Paul Hogan Show in the late 1970s.

Hoges and Strop appear together at the Hotel Brunswick in northern NSW launching its Classic Brew all in the name of a bushfire relief fund.

The fund was kick-started with $200,000 from the owners of the Hotel Brunswick, Delvene and John Cornell, and David Gyngell, the former CEO of Nine, in collaboration with Paul Hogan.

The ad featuring Hoges, Strop and Rosie (the former soap star actress Delvene playing the barmaid) is being launched in January.

"They're picking up exactly where they left off after The Hangover Cure," Delvene told the Sydney Morning Herald. "They're still old mates in a pub with a beer."

The original sketch had Hoges and Strop mixing a potion, seeking the right blend of ingredients to quiten a massive hangover. 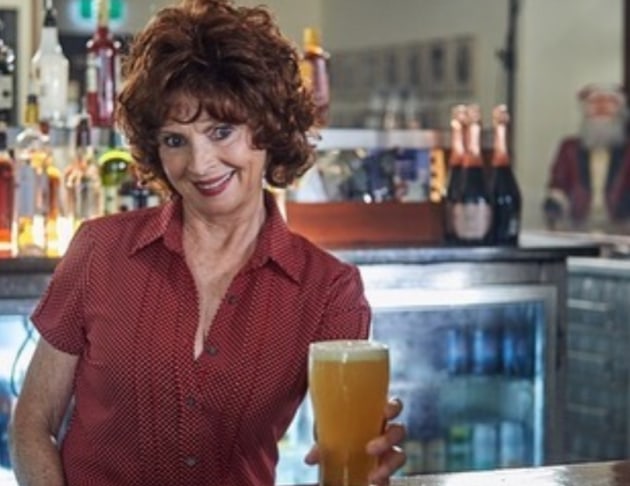 Hogan also fronted the 1984 Australian Tourist Commission television commercial Come and say G’day when he promised to “slip an extra shrimp on the barbie for you”.

“All profits filling a Fire Relief Fund, in support of wildlife rescue, forest repair, and our heroic, volunteer fire fighters.

“In the coming weeks, a Hotel Brunswick Classic Brew commercial, featuring favourites of The Paul Hogan Show … Hoges, Strop and Rosie … will debut to give you a laugh or two, and hopefully, encourage you to contribute by buying and trying this light and bright, brand new beer.”