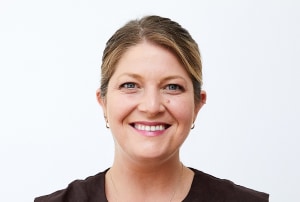 The regional office is at Havas Village Australia’s Sydney base.

The new arm means Organic offers services across Europe, North America and Asia Pacific, cementing the its position as a global leader in film, television and gaming publicity and social media.

Organic Pacific will be led by Annabelle Gigliotti, formerly of Roadshow Films, who will sit under Caragh Cook, Organic’s managing director based in London.

Gigliotti: “The influx of international productions and increased funding for the entertainment sector has seen exponential growth in the Australian and New Zealand market over the past several years, fuelling the unique creativity of our local content makers.

"Organic is internationally recognised as market leader in the field and Organic Pacific, with the backing of the robust Havas AUNZ network, is poised to offer their model of world class communications services to the ANZ arts and entertainment industry.”

Simone Gupta: “Annabelle Gigliotti is one of the most respected entertainment PR experts in Australia and brings extensive TV, film and gaming experience from London and LA. The Australian TV and film industry is experiencing an explosion of production and talent, adding the Organic brand and Annabelle’ experience to the Havas Village of expertise is very exciting."