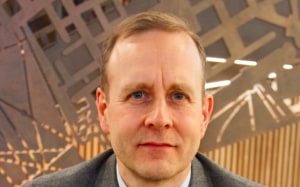 Speaking to AdNews, the agency boss says there is a direct correlation between the success of an agency and the team at the helm.

“It is a truism everywhere I go that if they have a right leadership team, their business is thriving and if they’re not thriving, eventually it will go back to there is something wrong with the leadership team,” Hirst says.

Almost a year into his global role with Havas, Hirst is making sure the French-owned holding company’s creative arm is keeping things uncomplicated.

“My view on our businesses is different but not complicated,” he says.

“Our business models are pretty simple business models but we’re in an oversupplied industry. Because it’s easy to do, people convince themselves to almost over complicate it.”

The group measures client satisfaction, employee satisfaction, the quality of its creative output and new business performance to benchmark its success.

Simple measures Hirst says, but not always easy to achieve all at once.

“We know that if we do those things well, we won’t just be good, we’ll be great,” he says.

“It’s just doing all those things well everywhere at the same time is difficult and that’s why it comes back to leadership teams.”

Hirst joined Havas Group in 2015 as CEO of the UK and Europe’s creative division before being elevated to take charge of it globally.

Prior to that, he had a 12-year tenure at WPP-owned Grey London where he was initially hired as managing director in a new “rockstar” team that was going to transform the agency from dull to great.

In the first six years though, not much changed, the rest of the leadership team departed, and Hirst had been passed over for the CEO role.

Ready to call it quits, Hirst convinced the agency to send him off to Harvard to do the university’s equivalent of an Executive MBA.

The experience changed his leadership and soon after returning to Grey he was made CEO and the agency’s transformation surprised everyone.

“At the start of that journey, we were quite iconoclastic. We deliberately set out to say, well you know what at this agency we want to be a great agency, we want to be the best,” he says.

“From where we were, that was really a laughable ambition. People did laugh. I’m not sure even we knew it was possible. We were like well why wouldn’t we at least try.”

While he admits not all the changes they made were the right decisions, he says having the mindset to be open to trying new things helped get Grey out of its rutt.

Fast forward to today, Hirst’s biggest focus is now championing creativity – something that he says not all Havas’ competitors appear to be doing.

“Clients come to us and they want to use the weird alchemy that creativity is in order to achieve something that other parts of the marketing mix can’t achieve for them,” he says.

“We can all think of examples, locally and internationally, where the right creative – and right creative isn’t always the stuff that goes and wins awards – has gone and transformed the fortunes of brands and businesses.

“I’m a massive believer in the transformative power of creativity. I think some of our competitors are a little more on the fence.”

With 2020 around the corner, Hirst has set the goal for all the agencies to focus on keeping a high standard of the four key metrics and continue to foster creativity.

“I think if you create a really great creative culture and a really strong creative agency you can really thrive. That’s why I think sitting on the fence is a bit dangerous.”