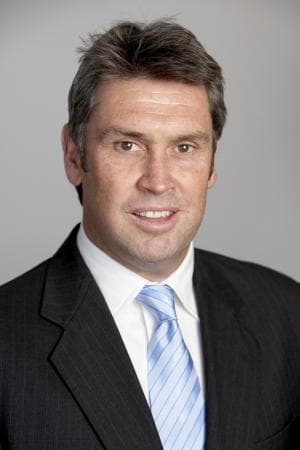 Nine Entertainment Co CEO David Gyngell unleashed a barrage of bold predictions for the newly relisted media group, the most provocative being that Nine Network will take a 40 per cent revenue share and out rate Seven within 18 months. Gyngell also said that Ten Network would struggle to lift its audience share this year above 21 per cent and pointed to ratings this week putting its audience share at around 15 per cent.

At its first results briefing since going public, Gyngell cast grave doubt on Ten’s capacity to push above a 21 per cent audience share, suggesting the struggling network’s programming schedule was “empty” and there was nothing in the “pipeline” that would help deliver a bounce.

The comments came as NEC generally pleased analysts with its December half results.

Gyngell also signaled the TV market this year was stronger than expected with growth currently tracking at 3.5-4 per cent. “There are encouraging signs,” he said. “It up a bit better than we forecast.”

NEC’s director of sales and marketing, Peter Wiltshire, who is currently ruffling media buyer feathers with a more assertive push to lift TV airtime rates and yield, said telcos, banking and finance and FMCG were the three key sectors driving the uplift in TV demand.

“It looks like you’ve got a bit of a telco battle coming our way,” Wiltshire said.

NEC’s Nine Network posted solid revenue growth for the December half, up 4.7% to $649.6m. Earnings before interest, tax, depreciation and amortisation (EBITDA) stood at $149.2 million.

Compared to a soft previous period, the events business posted strong growth, with revenue up 81% to $135m and EBITDA up 55% to $40m.

But revenue within the digital business was broadly flat and EBITDA and margin both tumbled. The company cited lower advertising units in Microsoft products and changes in third party inventory.

NEC also flagged another Microsoft related issue. As of July the technology giant will no longer be obliged to redirect traffic to Nine assets. That includes redirects from properties such as Outlook, the email service used by around 4.5 million Australians. That will mean a double digit drop in web traffic as people using their Microsoft email account will no longer be redirected to Nine's digital properties. The company outlined that risk in its prospectus but was more direct in its earnings, acknowledging that it is "expected to result in a reduction of web traffic, amongst other things."