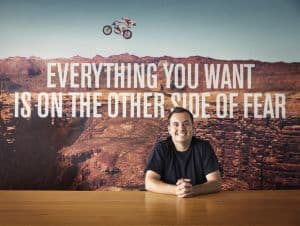 The global index for creative excellence in advertising, The Gunn Report, has released its 2015 findings, placing Leo Burnett (Sydney and Melbourne) in the top 10 most awarded agencies in the world.

The report looks at the overall performance of the world of advertising in the year January to December 2015 and is based on the results of 45 global, regional and national creative award contests.

Leo Burnett Sydney CEO Pete Bosilkovski says: "It’s rare to have two offices in the same country doing brilliantly in the same year but for us, this is that year.

"To be recognised amongst the best in the industry globally is both humbling and rewarding and this result is testament to our amazing people for their passion and relentless pursuit of world class creativity."

VML Sydney came in 14 on the digital list for its Rip Curl Search GPS work.

By country, Australia has moved one place up the rankings from 2014, being named as the third most awarded country in 2015. The US topped the list, followed by the UK.

The Gunn Report founder Donald Gunn says that the trends found in the 2015 rankings will “no doubt impact on this coming year and beyond”.

“The great thing about the advertising industry is how quickly it evolves,” Gunn says.

“With so many great ideas coming from all over the world, it's sometimes hard to keep track of all the inspirational break-through work and who's behind it."

Most Awarded Digital Ads in the World 2015
1 Honda Civic Type R, "The Other Side", Wieden+Kennedy (London)
2 Geico, "Unskippable" campaign, The Martin Agency (Richmond)
3 Under Armour, "I Will What I Want - Gisele Bundchen", Droga5 (New York)