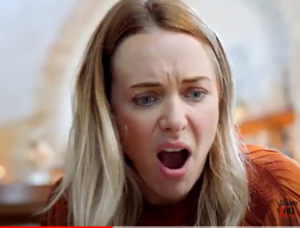 Independent creative agency Paper Moose won The Pitch on ABC’s Gruen, for the third season in a row.

Episode 1 on October 13 tackled the vaccine rollout with Paper Moose and creative agency AnalogFolk tasked with creating a campaign to win over the vaccine hesitant.

Paper Moose CEO / ECD Nick Hunter says it was great to have a decisive win on the first episode.

“Having the ability to play with something we have all had a lot of anxiety about was rather cathartic for the team,” he says.

Hunter says the team had a cracker insight.

“It’s all about finding that little insight or truth that sheds light on the bigger picture. We had a few great insights, but noticed some of them were doing the rounds, so we tried exploring it from a new perspective.”

AnalogFolk kicked off with an emotive approach, urging Who really matters. Get vaccinated".

Paper Moose then used a high-pressure situation with a man having an allergic reaction but asking questions about the EpiPen as he struggles.

The panel was impressed by the approach, with Russel Howcroft saying “the insight from Paper Moose, in particular the idea that the brand matters when there’s a bigger thing at play” appealed to him enormously.

Dee Madigan said Paper Moose’s interpretation “felt more cohesive”, addressing “one of the barriers in a way that didn’t get your back up”.

Todd Sampson said the humorous approach worked: “I thought that to take one of the big concerns that anti-vaxxers have, and then to dramatise it in that way – by the way I thought they could have gone serious or funny with it, both would have been powerful – I thought the second one was much better.”