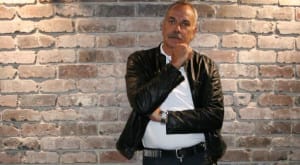 Veteran media industry operative John Steedman will finish-up at GroupM in June as CEO and executive chairman but a hunt for a new Australian CEO continues.

Patterson will step in on an interim role if a CEO is not found before Steedman leaves in June for a six-month break. He will remain on in a consulting capacity as non-executive chairman for GroupM and said he would “make a decision on the next chapter of my life” towards the end of the year.

Steedman has previously described the past six months as the worst of his forty-year career after irregularities at MediaCom around post-TV campaign reporting on key clients were found to be true in an investigation by EY.

But Steedman said the MediaCom controversy was not the trigger for his decision – although he has said it was the “most devastating” time of his four decades in the media industry.

“MediaCom had nothing to do with this whatsoever,” Steedman said. “It was always planned to do this.”

The MediaCom saga came after a bull run of new business growth at the agency following the appointment of Toby Jenner as Australian CEO – he left in 2011 for a GroupM regional role. Jenner was announced as worldwide chief operating officer of MediaCom the same day GroupM revealed the damaging findings from EY’s MediaCom investigation on March 10.

GroupM’s chief investment officer Danny Bass has been seen in some quarters as a possible GroupM CEO but Steedman said he didn’t know whether the search would include local or international candidates. “I don’t know. Dom and Mark are making that decision,” he said.

“I’m taking six months off and I’ll make a decision on the next chapter of my life towards the end of the year. I’m on call to the agencies, the people and clients on a needs basis.”

When asked why he was exiting now, Steedman said: “It’s time to hand the baton on to the next generation of leaders. The media world has changed and the people we have here have grown up with it. They’re much better positioned to take that leadership role.”

At the time of EY’s findings on MediaCom being revealed in March, Steedman said “there was an element of trust you put in people” because it was “difficult to monitor everything. It’s disappointing to me and the organisation that the trust was broken. In my 40 years I’ve never seen it occur.”

He also said at the time that GroupM’s other agencies, Mindshare, MEC and Maxus, would not be affected by the Mediacom controversy. “The GroupM brand has a bit of gloss taken off it but I don’t believe it’s the case across our respective agencies,” he said. “The fact we’ve been honest, open and ethical about this whole process is the right start for re-establishing ourselves as a leader in the market.”

Proctor said of Steedman in a statement this morning: “Steady and I have known each other as colleagues and friends for 30 years, since we were both juniors at JWT, although at different ends of the world. He has been brilliant for us and we wish him a brilliant time off. He is a top bloke and embodies all that is good about this industry and our company.”

Patterson, who Steedman hand picked to replace him for the Asia Pacific role before returning to Australia, said: “While he is stepping back from the day-to-day management of the company, the good news is he will be with us on hand and on call to advise, counsel, mentor and assist along the way. Australia is a top ten market for us globally and leads the way in many areas and with a strong management team across our whole business, it will continue to do so.”

Steedman's departure leaves two of Australia's largest media groups on the lookout for new leadership at the same time, as IPG Mediabrands CEO Henry Tajer is taking on a global role as of 1 May.