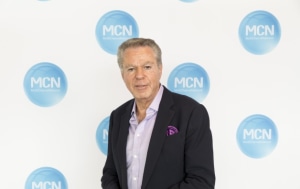 Short-termism and the growing disconnect between procurement, marketers and sales is driving a dangerous flight to lower-funnel marketing and cheap digital media that will eventually “destroy companies”, one of the world’s top media investment bosses has warned.

In a wide-ranging interview on the sidelines of the recent Future TV Advertising Forum Sydney, GroupM global chairman Irwin Gotlieb tells AdNews many businesses are facing an “existential threat” from ecommerce giants and changing consumer behaviour, that brand is more important than ever before and the role of the media agency will evolve to be more focused on medium to lower funnel activity.

Gotlieb, a pianist in his spare time, rarely misses a note when it comes to dissecting some of the major problems facing media and marketing.

He stressed the urgency of an industry that has become far too obsessed by short-term reporting cycles than longer-term business growth.

“Many businesses and brands these days are facing existential threats. When you say, ‘Alexa, I need batteries’, you don't get Eveready or Duracell,” he says.

“It's not just media budgets. They're facing this threat in many, many regards. They're losing some of their better employees. They are buying cheaper commodities. They are not innovating at anywhere near the pace that they used to.”

This short-termism is something that visibly grates GroupM’s typically calm and collected chairman, who has seen similar cost-cutting cycles end badly in times gone by.

He says media agencies are “doing our damndest” to try and advise clients that a race to the bottom will ultimately fail.

“I'm a realist. I know that financial pressures are very, very real and we're not going to be able to stem the tide, but that doesn't in any way alleviate our responsibility to scream about this, and keep telling our clients they're doing the wrong thing,” he adds.

“If they have to cut their budgets, we will help them to do the best with the remaining money, but we will never lose our intellectual honesty when it comes to that."

He says the outcomes of this short-sighted approach are “very, very predictable”.

“I remember in a financial downturn in the mid-70's, a bunch of our clients cut spending. They all lost market share. When they tried to regain that market share, it was either impossible or cost four to five times what they saved in the first place, and it was a battle,” he recalls.

“You watch this happening and it hurts. You feel for them because they have no choice but, as I said, it doesn't alleviate our responsibility to be intellectually honest and help them understand the implications, and we talk about that.

He continues: “Unfortunately it's not an endless cycle, and I think it's going to have the wrong ending. We are moving rapidly to a concentrated retail plus ecommerce duopoly and, in a world where physical shelf space becomes less important and the Amazons of the world increase their share of market, branding becomes the essence of survival for many of these companies.”

Gotlieb says that brands either come to this realisation and focus more on effective media and marketing investment or risk failing. 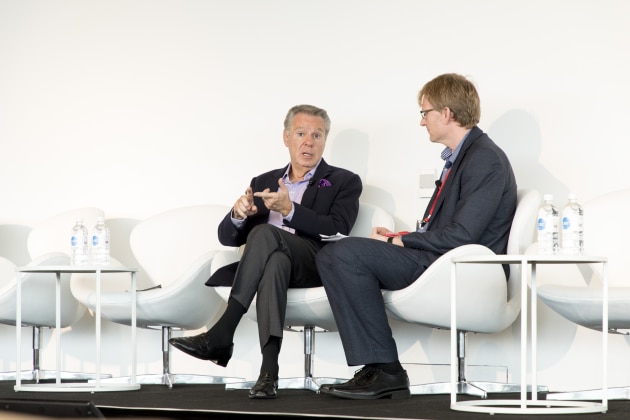 One of the causes in this flight to cheap is a disconnect between procurement and marketers and sales.

“It's particularly challenging for an agency. You try to do the right thing, but I have quite frankly encountered situations where a procurement officer says to me, ‘I need the savings.’ Sales aren’t my responsibility,” he explains, after much thought about whether he was willing to go on record," Gotlieb says.

“We have had cases – and by the way, people talk about this all the time – where marketing and procurement are not aligned. You're forced to do something that you know isn't right, but you do it.

“It is not good. It is not helping. When you look at the worst examples of it, you see the most extreme market share loss.”

Gotlieb’s pointed words about the role of procurement are not uncommon. In the past few months, AdNews has been made aware of several examples where 'procurement simply don’t give a shit'. These conversations have happened with agency heads and media buyers from several media holding groups.

Here’s how it is usually explained: Procurement and marketing aren’t aligned. Procurement has KPIs to slash costs (to earn their bonus) while marketers’ goals are often to drive top line sales and market share point growth.

Media budgets are either frozen or cut back and media agencies are encouraged to buy cheaper inventory (on a CPM basis), which often means digital inventory that focuses more on lower parts of the funnel.

Cheap media is prioritised over better value media that builds brands, marketing fails, an agency pitch is called and another agency, desperate for a new business win, promises to do more for less. Procurement gets their bonus and the company slowly destroys itself.

Although businesses may realise a short-term bump in their financials by shaving the bottom line, after a year to 18 months a brand’s market share and value begin to decline.

The problem with this short-term approach, Gotlieb points out, is that once you lose market share points it’s very hard to “buy” back.

“We're in a state right now where things are changing but, if we look at it from a positive angle, over time it will prove that [the race to the bottom doesn’t work]. The bad news is [the less enlightened clients] don't recover,” Gotlieb says. You can’t buy back the share points that you lose.”

The changing role of agencies

This need for agencies to help clients drive short-term sales growth will ultimately evolve the role of media agencies.

“My own prediction in this regard is that the role of the media agency is going to become more and more middle and bottom of funnel and more transaction focused,” Gotlieb says.

This doesn’t mean that planning and strategy will evaporate. In fact, he believes that the growing interactivity of media delivered digitally and the use of second screen applications to monitor linear media effectiveness means that media agencies should, in theory, help agencies show clients the important of top of the funnel activity.

“In that kind of environment, we will more quickly be able to prove the notion that without top of the funnel work, you don't get the same interest as the middle and bottom of the funnel,” he explains.

“We had a client for a number of years who is in the retail and ecommerce business. They would run promotions every few weeks. We knew exactly how many GRPs (gross rating points) we needed on TV in order to deliver 'X' number of searches, 'Y' number of people landing on their ecommerce site and 'Z' number of transactions. We also were able to predict how many people would do their homework online, but then go to the store to pick up the product. We could even trace that, but it all started with television.

“If you under-delivered on the television gross rating points that provided top of funnel awareness of the promotion, you didn't get the searches. It's that simple and straightforward.”

Gotlieb notes improvements to attribution as one of the bright spots for agencies as they reposition their businesses for the future.

As for marketing, Gotlieb believes it has to work more closely with sales, particularly in low growth sectors like FMCG.

“It's not a single entity because today, many of our clients or people who spend trade support are totally disconnected from the people who do media,” he says.

He adds: “The synchronisation of all this really hard work is missing. In my view, it has to come together under a single structure where a media agent can go to its clients and say, ‘this is the response curve to spend’.

“That's the kind of work a media agency has to be capable of doing. It is at that point that we will know with far greater clarity how effective a television ad is versus a two-second exposure somewhere else, and what actually moves product.”

In the second part of this interview tomorrow, Gotlieb serves a strong rebuke of marketers and media buyers that use CPMs as a currency to compare the efficacy of cheap digital media and its poor viewability to TV inventory, describing it as “malpractice”.