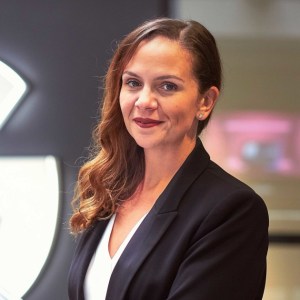 Google has come out swinging at the draft news media bargaining code once again, this time taking aim at the arbitration model.

In a blog post, Google Australia managing director Mel Silva focused on the code’s use of binding final-offer arbitration, which she says is one of the company’s biggest concerns about the proposed code to govern how tech giants pay for news content.

The process, referred to as "baseball arbitration" in the US, means that if the two sides, digital platforms and news publishers, can’t reach an agreement, each side puts forward a single offer and the arbitrator picks one.

Silva points out this process isn’t used in any of the eight other mandatory codes in Australia, and says it’s a particular concern given the disagreement over how much value Google provides to news publishers.

“This system is usually put in place if there’s not much dispute over the value of the product or service being discussed and the parties are already close in price,” Silva says.

“But with the media code, some of the amounts being suggested by news businesses about how much we should pay to provide links to their stories defy commercial reality.”

Nine and News Corp Australia have previously pushed for annual payments between $600 million and $1 billion from each Google and Facebook. However, Silva says only 1% of all searches by Australians last year were seeking news, equating to around $10 million dollars in revenue, not profit.

“Clearly, both sides have very different ideas of what the prices should be—and asking the arbitrator to pick a ‘final offer’ is an extreme way of resolving that,” Silva says.

“The reality is that baseball arbitration often fails and doesn’t produce quick outcomes.”

Silva is also critical that the arbitrator isn’t required to consider the value Google provides news media businesses in the form of traffic, which the tech giant estimated in 2018 is more than $200 million per year. She also says the concept of ‘indirect’ value that news media businesses provide Google, which she says is ‘negligible’, is a “vague and flawed concept”.

Silva highlights that just one publisher, News Corp Australia, pushed for the use of binding final-offer arbitration and urges for the negotiation model to be changed to more commonly used methods in standard arbitration.

“In all of the submissions to the ACCC, only one news business proposed binding final-offer arbitration be used in the code,” Silva says.

“Many requested that the code use standard arbitration—a method regularly used for resolving disputes in Australia and around the world. We are happy to negotiate fairly and, if needed, see a standard dispute resolution scheme in place. But given the inherent problems with baseball arbitration, and the unfair rules that underpin it here, the model being proposed isn’t workable for Google. It wouldn’t be workable for many Australian businesses—no matter how large or small they are.”