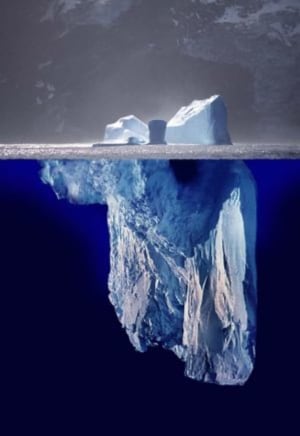 Google is now the destination for about half of Australia’s digital ad spend but most of the $4.2 billion of revenue collected here doesn’t get taxed.

The US-based giant media company describes the $4.2 billion as “gross billings” from Australia, mostly in digital advertising sales, up 20% from the $3.5 billion collected the year before, according to papers lodged with Australian authorities.

The local arm of the multinational media company paid just $26.483 million in tax, according to financial statements filed with corporate regulator ASIC. This is up from last year’s $23.563 million.

Much of the top line revenue goes to a Google company based in Singapore, where local laws mean most companies are hard pressed to pay as much as 10% tax. The corporate tax rate for large companies in Australia is 30%.

Google Australia positions itself as an intermediary between advertisers in Australia and the Singapore company, “to facilitate the sale of advertising between Google Asia Pacific Pte. Ltd. and the advertiser”.

IAB Australia calculates the total digital ad spend in Australia last year at $8.8 billion, up 12%, or about 53.2% of the total Australian ad market of $16.6 billion.

Google Australia only reported top line revenue of $1.07 billion for the year to December and then paid just $26.483 million of that in tax. After income tax, Google Australia recorded a profit of $129.458 million, or a very small fraction of 1% of gross billings.

Rather than selling directly, the Australian Google subsidiary earns a “commission” on behalf of the Asia-based company.

A note in the financial statements says: “The company reports revenues from advertising and other services sales net of associated direct cost of sales, as the performance obligation is to facilitate the sale of advertising between Google Asia Pacific Pte. Ltd. and the advertiser, for which the Company earns a commission. In making this determination, the Company notes that it is the agent in the transaction as it does not control the advertising inventory before it is transferred to the advertiser.”

The local Australian company also generates revenue through a service agreement with Google for the provision of research and development services.

The issue of multinationals shifting revenue to low taxing jurisdictions brought about the Diverted Profits Tax law -- sometimes called the Google tax -- which gives the Australian Tax Office (ATO) the ability to impose a 40% tax on profits shifted from Australia to a lower taxing country.

However, Labor is campaigning in the current federal election to further strengthen laws, saying it will deny multinationals a tax deduction for questionable royalties paid to a related party overseas by a company with $1 billion or more of global turnover.

Australia has about 1,500 large corporates, with a turnover of $250 million or more, collectively responsible for more than $44 billion in tax revenue,

One of the ATO’s key initiatives has been the establishment of a Tax Avoidance Taskforce.

The ATO says $8 billion in tax liabilities have been raised against foreign-owned multinationals and public groups between July 2016 and the end of January this year.

“More than just the sheer dollar value, though, there is a need to focus on these groups because of the influence they have on our other markets,” ATO commissioner Chris Jordan told the March Tax Institute National Convention.

“Upholding the community’s trust in us to administer the tax system fairly, no matter how big the corporate, is a key focus for us.

“If people think large corporates are not paying the right amount of tax, this can have a large negative impact on areas such as small businesses, and individuals with work-related expenses or rental properties.”

Google has been asked to comment on its dispute with the ATO.

The papers filed with ASIC shows Google Australia with 1425 employees. Between them they cost $477.286 million, including wages and share-based payments, or an average of $335,000 each. Share-based payments for the year were valued at $100.638 million.

Baker McKenzie filed the statement on behalf of Google. Ernst and Young was the auditor.