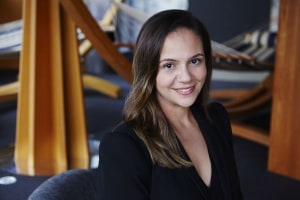 The draft mandatory code, developed by the Australian Competition and Consumer Commission (ACCC), will give tech companies and news media businesses three months to reach a deal on fair payment, or else enter arbitration. Tech companies face millions of dollars in fines should they breach the code.

Silva, managing director at Google Australia and New Zealand, has described the government’s intervention, which ordered the ACCC to develop the mandatory code ahead of a deadline to allow tech companies and media owners to reach their own code, as "heavy handed".

“Our hope was that the code would be forward thinking and the process would create incentives for both publishers and digital platforms to negotiate and innovate for a better future - so we are deeply disappointed and concerned the draft Code does not achieve this,” Silva says.

“Instead, the government’s heavy handed intervention threatens to impede Australia’s digital economy and impacts the services we can deliver to Australians."

Previous attempts by governments around the world to force Google to pay for news have resulted in the platform reducing or removing news content displayed, such as in Spain where it shut Google News.

“The code discounts the already significant value Google provides to news publishers across the board - including sending billions of clicks to Australian news publishers for free every year worth $218 million," Silva says.

“It sends a concerning message to businesses and investors that the Australian Government will intervene instead of letting the market work, and undermines Australia’s ambition to become a leading digital economy by 2030.

"It sets up a perverse disincentive to innovate in the media sector and does nothing to solve the fundamental challenges of creating a business model fit for the digital age.

“We urge policymakers to ensure that the final Code is grounded in commercial reality so that it operates in the interests of Australian consumers, preserves the shared benefits created by the web, and does not favour the interests of large publishers at the expense of small publishers.”