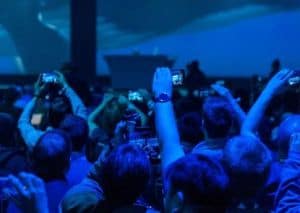 Search giant Google has announced a raft of options now available to app developers who want to get people downloading their apps and advertising in them.

Speaking ahead of the search giant's developer conference, I/O, VP of product management for mobile ads at Google, Jonathan Alferness, explained that Google searches now take place more on mobile devices than on computers in 10 counties around the world, including the US and Japan.

It's for this reason that Google is firmly focused on mobile, as well as helping smaller app developers to get people downloading their apps. To do this, Google has launched Universal App Campaigns, as a way for developers to simply create ads that can be scaled across Google Search, Google Play, in it's mobile app network AdMob, sites in the Mobile Display Network and YouTube.

Developers can launch campaigns either through AdWords or the Google Play Developer Console.

Google also unveiled the bolstered reach of AdMob, which the network now has 40 partners, with 15 joining in the last year alone.

On the reasons for this, he said: “Firstly, it's easy to grow a user base with paid app promotion via Universal App Campaign, secondly you can measure app installs accurately with Google Analytics and the openness that we support with all those additional networks and measurement partners, and lastly, the ability to monetise apps at scale with AdMob.”

“Ultimately Google is committed to empowering and nurturing this global app economy worldwide.”

Yesterday, Google's chief business officer, Omid Kordestani, revealed that Google would be rolling out a much speculated Buy Button.

At a coding conference, Kordestani said he wanted to reduce "friction" for users so they buy more things online. The move is said to assist Google as it faces significant competition from Amazon, where many people now begin their search to buy products.

When asked by AdNews if there would be anything revealed at I/O about the Buy Button, Alferness said: “I don't think we have any further comments to make about the buy button just yet, unfortunately I can't give you to much more at this moment, stay tuned.”