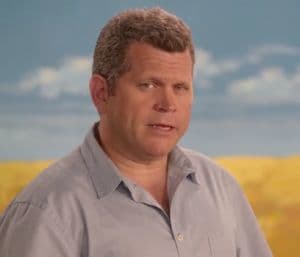 Manesia / man'i:zia
Noun
1) The state in which a male has forgotten how to be a man.

One of Australia's species is facing a serious threat: Australian man. A virulent new disease, manesia, is decimating the population and it is spreading through the nation's televisions. Manesia is making men forget what they are supposed to be.

Men have been force-fed nothing but hours of baking, dating, modelling, decorating, dieting shows - and the devastating effects have left thousands of Australian males hungry, thirsty and completely helpless.

But there is a cure. It is called A&E.

The antidote, created two years ago by Foxtel has now been proven effective against the disease. The channel shows manesia sufferers what it is to be a man. Blow things up; chop things, shoot things, stick your head in a croc's mouth and get bitten etc.

MediaCom has been tasked with delivering a cross-channel public safety campaign to halt the disease in its tracks. As well as the usual TV, press and online ads, men will be encouraged to take regular tests via a new rapid diagnostic kit on the A&E Facebook page.

With regular testing and rapid treatment, Manesia can be stopped.