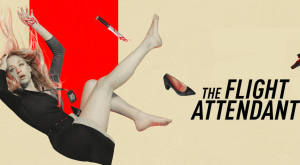 Foxtel subscribers grew to a record 3.541 million in the March quarter, up 21% on the same three months last year, as the business pursued rapid transformation to streaming from cable.

Revenue for News Corp's Subscription Video Services was up 13% in the quarter to $US523 million. EBITDA (earnings before interest, taxes, depreciation, and amortisation) increased $23 million, or 34%, to $US91 million.

The result was mainly driven by $22 million of lower sports programming rights and production costs, including savings from renegotiated sports rights.

News Corp CEO Robert Thomson: "Foxtel’s resurgence during the pandemic, coupled with the continuing value of its broadcast product, the rapid growth of Kayo and Binge, and a relentless focus on cost transformation have delivered a much enhanced financial performance that certainlygives us flexibility and optionality."

"Our strategy to rapidly expand streaming has been transformational for Foxtel," Thomson said when briefing market anbakysts.

The growth of Kayo and Binge, together with Foxtel Now, saw the number of paying OTT subscribers reach 1.6 million  at the end of March.

"That represents a doubling of streaming subscribers over the past year alone, an extraordinary achievement," he says.

"Kayo Sports has helped make Foxtel the pre-eminent home of sports in Australia with a record 2.2 million sports subscribers.

"This was supported by our recent agreement with Telstra which has seen Kayo replace Telstra Live Pass in the AFL Live App and NRL Official App, making Kayo the exclusive streaming home of the extremely popular Aussie Rules and Rugby League competitions."

Binge reached 516,000 paying subscribers, up nearly 20% on the December quarter.

"Binge has established consistent weekly subscriber growth underpinned by the growing awareness of the Binge brand, the popularity of hit shows such as The Flight Attendant, The Walking Dead and Zack Snyder’s Justice League, and its deserved reputation for user-friendly, tech savvy access to the world’s best content," he says.

"Foxtel’s resurgence during the pandemic, coupled with the continuing value of its broadcast product, the rapid growth of Kayo and Binge, and a relentless focus on cost transformation have delivered a much enhanced financial performance that certainly gives us flexibility and optionality."

Broadcast subscriber churn in the quarter increased to 20.1% from 17.5%r, due to fewer promotions and the roll-off of lower value subscribers.

Broadcast ARPU for the quarter increased 2% to A$80.