Foxtel Cricket analysis: How did the first series stack up? 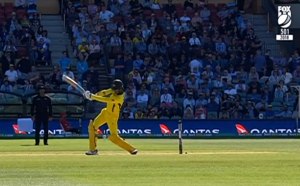 Foxtel Cricket has been dealt an early ratings blow in its new rights deal with Cricket Australia, as the numbers from the first one-day international (ODI) series of Australia vs South Africa failed to match the ratings of any one single ODI game previously broadcast on Nine.

Analysis of the first ODI series, which was broadcast exclusively on the pay-tv provider, has revealed that the combined three-game series had fewer viewers than that of the last local ODI series, which aired on Nine in 2016.

Furthermore, not only did the two series not match up in viewership, but the complete ODI series on Foxtel was unable to draw in the same amount of viewers as a single ODI game from the last local series to air on Nine.

The most recent series, which saw the embattled Australian national team take on South Africa, was the first to be played between the two following the infamous ball-tampering scandal.

In what should have been a highly-publicised battle for redemption from the Australians, instead became a crushing defeat at the hand of the South Africans, with the side winning the series 2-1; a score reflected in the ratings.

Below is a breakdown of all the games played during the Australia vs South African ODI series, including the dates they were played and the total viewers for each. The chart also compares the ratings for each game to the post-match coverage.

The total sum of viewers across the entire three-game ODI series on Foxtel equalled 874,000.

Prior to this, the most recent ODI series, to be both played in and against Australia, took place in early December 2016 against New Zealand.

According to the metro viewership figures supplied by OzTam at the time, each ODI game was broken down into two sessions, with 'session two' drawing in higher audience figures, as this is when the game naturally neared its crescendo and conclusion.

When comparing the first ODI series on Foxtel Cricket to Nine's coverage of the 'Australia vs NZ ODI Game 1 - session 2', Nine's metro viewer ratings were 267,000 higher than the entire Australia vs South Africa series, with total metro overnight viewership of 1.14 million.

While not played on the same dates, both three-game series took place within a month of one another, with Australia vs South African beginning on November 4, 2018 and Australia vs New Zealand starting on December 4, 2016.

The Australia vs NZ series also started and finished before the beginning of the Christmas break, office shutdown periods and school holidays.

Below is a graph that compares the ratings of both series, game-by-game.

To further highlight the ratings disparity between the two, AdNews also added the ratings from the 'one-off' T20 clash between Australia and South Africa to Foxtel's first series total, which dragged the 'series' figures over the one million viewer mark, to 1.092m.

Going back further in ODI cricket history, and you'll find a similar result when comparing the exact same ODI series between Australia and South African to one that aired on Nine on similar dates in 2014.

In a five-game series that took place from the November 14-23, 2014, Nine's metro ratings for each game and session were as follows:

As can be seen from the ratings, both the day and evening sessions were on mutliple occasions more than double, even triple that of any of the three games airing on Fox Cricket.

Below is another graph comparing the 2014 Nine coverage to the 2018 Foxtel coverage. Again we will be taking the best numbers from Foxtel's broadcast and comparing them to the second and highest rated session Nine.

An oddity that emerged from the first Fox Cricket series (in this case it includes the one-off T20 clash) was the popularity of Foxtel's post-game coverage, which on one occasion, had higher ratings than the actual games themselves.

While a positive for Foxtel, known for its attractive, in-depth coverage of its sporting codes including the NRL and AFL, a question can be raised about the cannibalisation of Seven's cricket audience.

While Seven has secured a more comprehensive rights deal, with the inclusion of Test Cricket and the Big Bash League (BBL), which has led the creation of 13 'mega days' that see the Test matches roll into BBL games, Foxtel has secured an early win when it comes to engaging 'die-hard fans'.

With Seven and Foxtel both airing BBL games concurrently, a major consideration will be what impact this has on the average viewership for each network.

Seven will be looking to emulate, even beat Ten's BBL ratings from the 2017/18 after it announced it planned to use cricket to "dominate summer" and secure 40% of the TV audience across all demographics during that time.

With both networks airing the same content at the same time, it is difficult to believe that Seven's BBL coverage will not feel a slight sting.

If Seven is to succeed, Foxtel needs to underperform. Even though the first ODI series was not indicative of a ratings goldmine for Foxtel, a loyal viewership of 200,000, who are interested in Foxtel due to its commentary and coverage, is a big of enough chunk to take out of Seven to cause advertiser concern.

The impact on Cricket Australia

In what has been a difficult year of the cricket governing body, these ratings must come as another body blow to Cricket Australia, which has set high hopes for the upcoming summer of cricket.

Cricket Australia also have a new executive team out to prove themselves, led by CEO Kevin Roberts, whose first cause of action was to out long-time executive GM of media, communications and marketing Ben Amarfio, who was instrumental in the Seven and Foxtel deal.

The body has already shown concern over how viewers plan to engage with the sport, this week sending out emails to its database, urging cricket fans to sign-up to Foxtel's newest sports streaming platform Kayo.

"You may have already experienced Fox Cricket, including the world-class commentary team, during the recent men's Gillette ODI and T20 series against South Africa," the pitch reads.

"From today, a Kayo subscription will allow you to continue to stream international cricket and the KFC Big Bash League plus plenty more cricket."

There it is, Cricket Australia's pitch to customers to use new Kayo sports streaming service to watch cricket this summer pic.twitter.com/HFtF4UJify

The platform, which is only in beta testing stages, allows users to stream over 50 live sports live and on-demand, including major sporting codes such as the NRL, AFL, A-League, Cricket and Rugby.

Kayo also offers users two separate plans, a $25 basic plan and a $35 premium plan, with each offering the use of the platform across two or three screens, respectively.