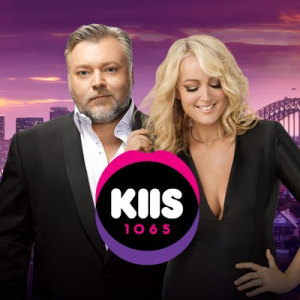 The Kyle and Jackie O Show has been named in a lawsuit against ARN by former host John Caldwell.

Caldwell, who hosted Celeb HQ, has reportedly filed papers with the Fair Work Commission on Tuesday claiming he was unfairly dismissed and discriminated against.

A spokesperson for Caldwell said he will be seeking legal action on the basis of "bullying, permitting an homophobic culture, discrimination due to him being gay and for his sacking" in a statement obtained by AdNews.

Caldwell alleges he was subjected to an "aggressive verbal homophobic attack" by a fellow employee and was sacked by ARN in October after escalating a complaint about the incident.

"Caldwell has endured years of bullying at ARN, bullying that had caused him to feel suicidal at times. Despite his numerous complaints to ARN, nothing meaningful was done to address his issues," Caldwell's spokesperson said.

"A senior executive regularly used words to him to the effect of 'We just don’t upset the KJ [Kyle & Jackie] machine. If you’ve got a problem, we can find a workaround, but we never upset the KJ machine'."

An ARN spokesperson has denied Caldwell's claims and noted their support of the LGBTQI community.

"ARN are not aware of any proceedings commenced against KIIS FM or ARN by John Caldwell, and will rigorously defend any claims if they commence.

“John Caldwell’s contract was ended in October. Due to privacy reasons we don’t comment on individual contracts however John was given the reasons for his contract ending.

“ARN prides itself on its passionate work in the area of diversity and inclusion, particularly with LGBTQI initiatives and the broader community.”