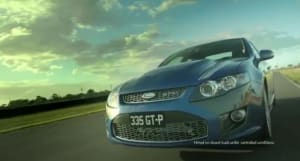 Ford is replicating the cross agency network it operates in the US in the Australian market bringing together its creative and media agencies under one roof. JWT, Wunderman and Mindshare will all sit together in Blue Hive to work on an integrated strategy.

While the project has been in the pipeline for over a year, details of how many staff will form the in-house 'super group' remain scant. Agencies have been instructed by Ford not to speak on the record and the automaker remained tightlipped.

What is known is that Blue Hive will operate out of Melbourne and will be headed up by Peter Randeria, client services director of JWT Melbourne. The team will report in to Blue Hive Asia Pacific based in Shanghai.

AdNews understands that while staff numbers have yet to be fully finalised, all agency staff will become full time Blue Hive members within the unit, although all parties remain committed to testing the model before releasing further detail.

Ford said it was too early to discuss how the set up will work for the agencies involved and the Ford Australia marketing team, but issued a statement: “Blue Hive is a purpose-built global agency network dedicated to the Ford Motor Company and built to handle all of the automotive giant’s integrated strategy, digital, communications and media business under one roof. Groups that previously worked with Ford Australia in specialist WPP agencies Wunderman, JWT and Mindshare have moved into Blue Hive."

In 2007, Ford created Team Detroit in the US to house its media, creative and digital operations under one cross-agency team.

Ford has rolled out Blue Hive in a 16 regions including London, Shanghai, Delhi and Sao Paolo.