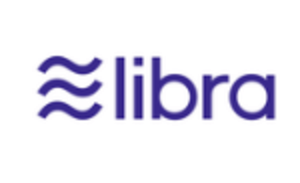 Facebook has revealed the cryptocurrency Libra that it’s been developing with a pool of other companies in the hopes of building a global digital currency that can rival the US dollar.

Set to be launched mid-2020, the Libra’s aim is to disrupt the financial sector, which has largely been unchanged by the internet revolution, by making the transfer of money around the globe less cumbersome and expensive.

The Libra is designed to be more stable than other cryptocurrencies such as Bitcoin by being backed by a reserve of real assets, the Libra Reserve, giving it intrinsic value.

While Facebook led the development of Libra, the currency is being created by 27 other companies and organisations, including MasterCard, Visa, Uber, Spotify and Vodafone who form the Libra Association. The association is a non-profit, Geneva-based group that will govern the currency.

Given the on-going privacy concerns surrounding Facebook, having other companies backing the project may help alleviate users’ and regulators’ distrust in the currency, something David Marcus, co-creator of Libra, noted when making the announcement.

“I realize that such an endeavor that started at Facebook might be met with some deserved skepticism,” Marcus says.

“But my ask is that you take the time to truly make an opinion for yourselves by looking into how the Libra network and its governance have been setup from the ground-up. By the time Libra becomes available in 2020, Facebook will have no special rights, and will be one member among many of the Libra Association.”

Facebook says it hopes to grow the association to 100 members by launch date, by which it would have stepped down from its leadership role.

Founding members each paid a minimum of $10 million to join, giving them the option to become a validator node operator and also a vote in the Libra Association.

Facebook also revealed its new subsidiary called Calibra, led by Marcus, which will be the “digital wallet” for the currency where users can send and receive Libra dollars.

An early look at Calibra

Calibra will be built into Whatsapp and Messenger, and will also be available as a stand alone app for non-Facebook users.

Having the currency operate on a separate platform means Libra users’ activity is separated from Facebook, meaning it’s not shared with other parties, such as advertisers.

While Facebook is the only member to announce a digital wallet, others such as MasterCard and Visa would be able to build their own in the future.