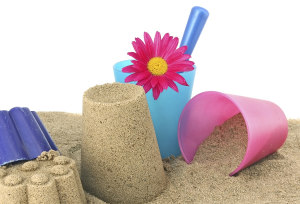 Facebook’s unfriending of Australia at first glance looks like it is about news, the value of it and whether or not the social media platform should pay for it.

But in reality it is all about advertising revenue and the collection of data about consumer behaviour.

The federal government says it will withdraw its own advertising from Facebook and some media agencies report clients shifting spend, at least initially, to other platforms.

But the bulk of Facebook's business appears solid. Most advertisers will continue watching closely while the social media platform fights the governnment of a country.

The social media platform has (ignoring the obvious stuff ups where charities, emergency services and other non-news pages were caught up in the axing) stopped the flow of news.

This, we are told, doesn’t have a material impact on the Facebook audience, the valuable gathering of eyeballs sold to advertisers who are able to cut and slice and dig out a finely tuned group of receptive consumers.

According to financial statements filed with corporate regulator ASIC, Facebook’s gross advertising revenue in Australia in 2019 was $673,985,213, up 16% on the previous year.

Michael Tibbles, digital media manager, MediaSmiths: "While the move by Facebook to remove Australian news is a highly risky PR move, it is unlikely to result in a loss of significant ad revenue in the short term.

"The ACCC estimated roughly one fifth of digital advertising spend runs across Facebook, and the reason Facebook dominates this area is strong performance and detailed targeting that most other publishers currently cannot compete with."

And ad spend follows the audience.

Immediately, some of the smaller publishers lost large chunks of audience because they rely on Facebook to drive an audience to their websites. This means their sites become less valuable to advertisers.

And perhaps Facebook’s move -- driven by its unhappiness by the federal government’s now-almost-law rules to force digital platforms to pay for news -- may force people to start going direct to get their news.

It’s not that hard to type news.com.au or theage.com.au.

The ABC did well promoting its news app in the wake of uncertainty about the flow of news. It became the number one downloaded free app in the Apple Store.

But it will be harder for small digital players to start news websites. Gathering an audience will be more expensive and take longer without Facebook.

Andrew Burger, director, strategy and innovation - APAC at AKQA Media, says the news ban has had a limited impact on Facebook's advertising tools, products, or policies -- meaning advertisers should not be immediately impacted.

"In terms of inventory, the Facebook newsfeed which represents by far the largest portion of ad space, inventory is driven by user numbers," he says.

"Facebook has said that only 4% of their feed content is from news publishers, so its removal is not expected to have a large impact on behaviour or impression volumes.

"Facebook Watch content is likely to be impacted, which could see reduced watch time which has flow-on effects for advertisers. It has been suggested customer sentiment has been negatively impacted and that could potentially deter some brands from Facebook.

"If Australians do reduce their usage or move off the platform in droves, then inventory will fall and cost will increase. However, recent history showed the #boycottfacebook response to inaction on hate speech saw very little real impact to inventory or user numbers.

"Overall, we don't expect significant impact to cost or effectiveness on the Facebook platform. The soon to be implemented iOS14 changes requiring user opt-in to data sharing with advertisers is likely to have a far greater impact."

Ben Willee, general manager and media director, Spinach: “Facebook tells us that News makes up less than 4% of the content people see in their News Feed. It’s also been suggested that a third of the traffic for major publishers comes from Facebook.

“If consumers don’t care that Facebook is tracking their behaviour, potentially spreading misinformation and potentially damaging democracy, it’s unlikely they will care that the platform isn’t supporting Australian publishers.

“This is a much bigger problem for Australian publishers than it is for advertisers. What’s really happening here is Facebook is sending a message to the rest of the world. A message that is no doubt being watched closely by regulators outside of Australia.

“It's not over until it's over. So grab a cup of tea or coffee, sit back and let the games begin.”

GroupM Australia CEO Mark Lollback: “While time will tell as to how the newsfeed quality and the user experience will be impacted, we will continue to monitor consumer conversations as we support clients in how they navigate and use these platforms in their media planning.

“Our priorities remain the same – to enable a responsible and effective media marketplace, and ensure that our clients continue to access quality, brand-safe inventory and media that engages with their customers meaningfully.”

David Fairfull, CEO and co-founder of Metigy, an AI powered marketing platform, and former managing partner at We Are Social, says no-one can be certain about the long-term impacts of Facebook’s news ban.

“We always advocate for small businesses to diversify their social media activity and we’ve seen many businesses over the last few days use this as an opportunity to remind their audiences that they have newsletter and email marketing subscriptions or other social channels where they post regularly, too,” he told AdNews.

“Think about mixing up mediums, perhaps adding more video and audio channels, given that these can’t be analysed by algorithms as effectively as written copy yet, which could lessen the risk of any content blocking.

“Employing a diverse approach when sharing content is a must - remembering to ensure the channel you’re pursuing aligns with your business objectives and the audiences you’re trying to reach. More than anything, this is key.”

According to Facebook, journalism firms generated approximately 5.1 billion free referrals to Australian publishers, which were worth an estimated $407 million last year.

“From the government’s perspective, the NMBC (news media bargaining code) is an attempt to address the power imbalance between journalism firms and the major technology titans," says Harrison.

"This is one way the government is attempting to support revenue for newspaper publishers, which has declined at an annualised 6.2% over the past five years."

IBISWorld  forecasts the newspaper publishing industry to contract by a further annualised 2.8% over the five years through 2025-26, to $2.7 billion.

Almost 4,400 jobs across the industry have been lost over the past five years, and employment is projected to contract at an annualised 3.0% over the next five years, to total 9,400 employees.