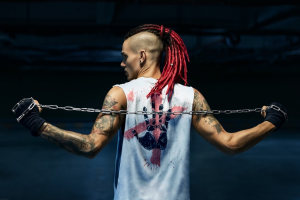 Credit: Some Tale via Unsplash

Netflix’s backflip on advertising on its platform is being seen as a sign that the global streaming media platform market is more mature than previously thought.

The market leading player in streaming media reported its first subscriber retreat in a decade.  Paid net additions were down about 200,000 to 74.58 million in the three months to March compared to guidance forecasts of plus 2.5 million and 4 million in the same quarter a year ago.

Netflix has 221.64 million global subscribers. And revenue came in at $US7.868 billion for the three months, below expectations.

CEO Reed Hastings: “Those who have followed Netflix know that I have been against the complexity of advertising and a big fan of the simplicity of subscription.

“But as much as I am a fan of that, I am a bigger fan of consumer choice, and allowing consumers who would like to have a lower price and are advertising-tolerant to get what they want makes a lot of sense."

Morgan Stanley analysts: “We think prospects for all global TV streaming players are likely to be marked lower.”

They do, however, still like the prospects of Nine’s Stan which sits at number three in Australia. In the half year to December, Stan posted a 23% rise in revenue to $183.5 million, with current active subscribers of more than 2.5 million.

However, analysts are looking at household budgets carefully as inflation rises and wages stagnate. It is an easy decision to cut a streaming subscription (for example to two from three) when grocery bills surge higher.

In the UK, where inflation is running at 6% (and will probably hit 4.5% in Australia when numbers are released this week,) 1.51 million subscription video on demand services were cancelled in the March quarter.

Kantar: “We have evidence that households are starting to seriously prioritise where and how their disposable income is spent.”

And an advertising supported model for Netflix, most likely a lower tier subscription if users will accept a level of commercials in their watching habits, starts to look healthy in a market where consumers are watching spending.

In Australia, two in five Australians (41%) believe they pay too much for their video streaming subscriptions, according to a survey by commerce media platform Criteo. Half (56%) said they were happy to watch video streaming services with advertising to save money.

The move could be lucrative for Netflix, as long as it doesn’t cannibalise its currency paying subscription base.

The four leading ad-supported video on demand platforms in the US generated $US3.5 billion in advertising revenue in the 12 months to September 2021, according to Kantar.

Hulu had the most ad sales, generating $US2.1 billion of the $US3.5 billion total. Paramount+ was second at $US822 million, followed by Peacock $US279 million and Tubi $US250 million.

Ben Willee, general manager and media director, Spinach: “The once darling of the stock market (who didn’t need to adhere to the normal rules of profit and loss) has found themselves on the wrong side of subscriber growth.

“The streaming wars have been financially brutal and not for the faint hearted. The pressure is now on for all the players in this category.

“Disney + has already announced they are going to launch an ad supported option this year and I suspect many others will follow.

“However, you can’t just flick a switch and expect the advertising revenue to start flowing.

“More supply (and more addressability) is great news for advertisers.

“The race is on to build ad tech, platforms, relationships with advertisers in an already crowded market.

“While it is unlikely to happen in Australia for a few years, I can see it being a big threat to BVOD players. In this market BVOD is often heralded as the incremental reach driver of TV, especially against Light TV viewers. If Netflix enters the market, with a reach potential that smashes most of the BVOD players out of the park, then it could really erode their dominance in this space.

“As we are currently seeing in this market, many advertisers are getting tired of BVOD’s inability to adequately manage frequency. If Netflix can crack this before they do, that creates a really interesting opportunity for advertisers.

“It also depends on the types of new audiences this model attracts. It's the harder to reach, commitment-phobic, younger audiences that this new Netflix model could attract, that would be very appealing.

“However, the devil really is in the detail. What their commercial offering ends up looking like will have a big impact on how it's received by advertisers. The number of breaks, the numbers of advertisers allowed, the data capabilities on offer, these will significantly impact the viability of Netflix’s offering.

“Overall, I think it’s a positive move for advertisers. The more opportunities to reach audiences at scale, in quality environments, the better."

Tom Curtain, activation director at independent agency Half Dome: “Coupled with the saturation of streaming platforms and the sharing of passwords between friends and family, Netflix has started to feel the pinch with their revenue and subscription growth.

“With that in mind, the announcement of Netflix being open to advertising on its streaming platform – which has long been rumoured – is no surprise, and with more than 221 million Netflix subscribers, there’s a lot of money to be made in the online video space. Take BVOD for example, last year ad spend grew by 69% for 2022.

“It will be interesting to see how Netflix mobilises ads on its platform, the user experience (and getting the balance right) impacts with these clear revenue opportunities. My hope is we see a Hulu style model where subscription fees can be partially or fully offset through the introduction of ads.

“Either way, it is an exciting time for advertisers, who have lamented the loss of eyeballs to walled gardens such as Netflix who have not offered advertising for some time, expect a rush to the space as it opens.”

Andrew Gilbert, head of platform strategy, Yahoo ANZ: "Change, the majority of the time, is a good thing.

“The Australian market for a long time has been consolidated to a number of major players within the Connected TV sector from an advertising point of view. In this particular case,

“Netflix making a decision like this, alongside Disney Plus who recently has also entered this space, will benefit advertisers by delivering additional supply, and new environments for which they can get their marketing message across.

“It will also enable new growth to Netflix's subscriber base by lowering the barrier to entry for consumers who didn't want to pay subscription fees previously. It's only a positive for all involved including Yahoo DSP when this supply becomes available."

Eduardo Maia, director, Analytic Partners: “One of the first steps for Netflix on this path is ensuring they price their inventory correctly.

“If we look at some existing platforms, the ad inventory is priced quite high with a low return on investment compared to alternatives.

“We will also see an influx of advertisers wanting to work on this platform for the increase in reach they will achieve (such as those “cord-cutters” we hear of in the U.S.). There is no advertiser that isn’t going to be happy with finding a spot on Netflix, from FMCG to automotive. We're going to see a lot of experimentation - there’s no limits.”

Justin Ladmore, managing director, Enigma: “As a fan of Netflix I hope they don’t move to include the option of an ad-supported model but as a media buyer I am excited.

“Access to more ad inventory within quality video content. Yes please. But media buyers are simple folk. We like the data and tech to be integrated, formats to be standardised and measurement to be consistent across all of the video platforms we buy across.

“We also like to have total control across the whole video buy and not have to dip in and out of individual walled platforms. This allows us to manage things like frequency capping, so viewers don’t see the same ad over and over again which has been a big frustration from BVOD viewers in Australia.

“If Netflix does look to include an ad-supported model they should take the time to understand how we currently buy video in Australia, complement what the TV networks and BVOD platforms we buy from are doing and work closely with the IAB for standardisation and Oztam for consistent measurement.”