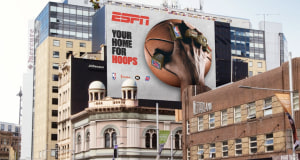 Basketball in Australia is booming. After an historic Olympic medal in Tokyo, a new wave of Aussie stars in the NBA and a revitalised NBL competition, interest in the sport is at an all time high. As Australia’s Home for Hoops, with a rights portfolio that has never been more extensive, ESPN is ready to connect brands to a new generation of sports fans.

The new NBL season tips off on December 3 and will be another watershed moment for the sport. The season marks the start of the biggest media rights deal in its history, a new franchise and the return of NBA Champion and Olympic medalist Matthew Dellavedova. ESPN Australia has been closely monitoring basketball audience trends and we’ve pinpointed why the sport has never been more important to fans, broadcasters and advertisers.

A New Generation of Sports Fans
In an increasingly fragmenting sports media landscape, the ability to reach a young audience on TV is priceless. Basketball is now the number one sport among 16-28 year olds for interest or consumption (Source: Nielsen Sportslink 2021) and it’s translating to viewership. The average age of a fan watching an NBA broadcast live on ESPN is 16 years younger than subscription TV audiences watching live NRL or AFL games (Source: OzTAM National STV Consol+7, 2021 - Total People). With NBA audiences being almost an entire generation younger than traditional sport viewers, the volume of content we deliver, and how we deliver it, has evolved.

Unprecedented Access to Content is Driving Record Viewership
We’re witnessing a fundamental change in the way new-generation sports fans consume content, and the NBA is a perfect case study. The league is a content machine with multiple matches daily and a 365 day a year news cycle. Off the court the culture of the sport, and the profile of the game’s superstars, what they say, what they do, the sneakers they wear, is at an all-time high. Here in Australia the fans cannot get enough of the NBA! ESPN has responded by acquiring more rights, increasing the number of regular season games and adding games to an already robust playoff slate.

Coupling an improved rights portfolio with new distribution channels has resulted in NBA audiences more than doubling since 2018. The NBA regular season on ESPN is now reaching an average of more than 30,000 viewers per game, with the 2020-21 finals averaging an audience in excess of 130,000.

Heightened interest and participation in women’s basketball has led to increased consumption of content, particularly across the WNBA where entrenched superstar Liz Cambage is being joined by young guns like Opals stars Allana Smith and Ezi Magbegor. They’ll be just a few of the players to look out for when Australia hosts the 2022 FIBA World Cup.

With linear distribution on Foxtel and Fetch, streaming via Kayo and the ESPN App, and a myriad of digital touchpoints from espn.com.au to Twitter, Facebook, Instagram, YouTube and TikTok, ESPN is connecting every basketball fan in Australia with the content they want, in the way they want to consume it. There is no better “Game around the Game” experience in sport.

Social & Local is Fueling Growth
Basketball has been the hook for ESPN supercharging social growth. The ESPN Australia YouTube channel has become the place to go for NBA Aussie content, as Patty Mills, Joe Ingles and Josh Giddey light up the league. The local TikTok channel was established in early 2021, and the followers quadrupled in October of this year off the back of a single LeBron James clip, that hit over 1.5m views. The sheer breadth and depth of the content offering shows that ESPN can deliver what the audience wants, the way they want it.

Local basketball coverage has never been more important and this NBL season ESPN will launch a new local basketball show ‘The Jump’, broadcast at 7pm on Friday nights. Featuring Nat Edwards and Andrew Gaze, ‘The Jump’ will bring the worlds of NBA and NBL together to deliver the best of Australian basketball every single week. It’ll be a show with big takes, big guests and big energy.

A Generation of Sports Fans Open to Brands
Importantly, local productions and social content have provided advertisers with an integrated way to speak to Australian basketball fans. Focus groups conducted by ESPN in 2019 uncovered that new generation sports fans were supportive of the role brand sponsorships play in the sporting landscape – as long as executions were relevant, authentic and tailored for the right platform.

So, if it’s a young, savvy, connected audience you want to speak to, there’s nowhere better than ESPN, your Home for Hoops.

For more see: Disney Advertise With Us | Disney Australia & NZ