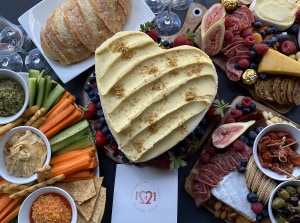 Tim Weger, managing director, says the company has created serious positive change for great brands and governments over the years.

However, he says there’s more to Engine than the clients it works with.

“Agencies are notoriously bad at looking at their own brands and often it’s the client roster that defines them,” he says.

Engine was started September 15, 1999, by a group who had sold their independent agency, Jarvis, Fielding and More.

After the non compete ran out, they started what they then called Engine Interactive, building websites. The clients liked what they received and a creative agency was born.

One of the original directors, Brent Jarvis, is still at the company.

The other director is Tim Weger, who joined the company in 2003 as an intern while still at university. He became the managing director of what is now called Engine Group.

“Back then the web was really starting to get moving and so they designed Engine for the digital space,” says Weger.

“It changed names to Engine Creative and then became Engine Group to better represent the full service integrated offer that we still have today.”

The agency has 11 staff plus a strong team of freelancers.

“We don't do everything ourselves,” says Weger.

“We’re certainly not an accredited media agency or a public relations agency but we bring in partners to provide that integrated full service to a client if that's what they wish.

“We don't try to have everyone in-house. I think, you know, most agencies are starting to realise that model is a bit risky.

“Certainly in our local marketplace, the bigger agencies have shrunk considerably.

“What we were doing five, six years ago, in terms of really building out a freelance pond of talent and collaborators, that's become a bit more mainstream -- more are doing that now.

“We’ve been building our business model around it, and we've been perfecting it. We actually think it produces better work outcomes by partnering up with various folks at various times on different projects.

“It gives each client, and each project, the best available resourcing that's in the market, as opposed to just the people that you have under your roof.”

The birthday celebrations won’t lift the roof with a mass of people.

“COVID hasn't been very conducive to doing something extremely extravagant with lots of people involved,” says Weger. “There's not much opportunity to have large scale events at the moment.

“What we are doing is having a little staff celebration in our building. We're not a flashy, flamboyant, big expense kind of agency. That’s just not who we are. We’re having a nice glass of bubbles and some cake with our immediate team.”

Weger says the brand has changed over the years.

“Easily my greatest achievement in the MD role is the development of our current brand positioning – creators of positive change,” he says.

“With a focus on making tomorrow better than today.

“Many incredibly talented people who are all still with Engine today worked hard to bring this to life. We launched this new brand positioning in April 2018.

“Our brand now accurately reflects who we are as humans and what gets us out of bed every morning.

“It’s distinct and ownable and is a platform that we’ve continued to invest in over the last few years, including with our 21 year anniversary celebrations.

“Most importantly it’s an authentic proposition. And it’s certainly paid off. It’s united our team and won us clients.”