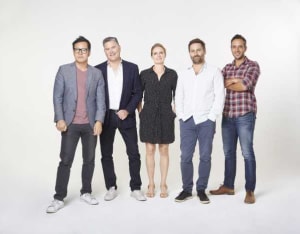 Enero will pay Orchard $5 million in cash and subject to the achievement of EBIT targets up until 30 June 2021, the total purchase price cap is $27m.

The marketing and communications network says the move to acquire the creative technology firm is part of its strategy to boost capabilities and growth in Australia and internationally.

Despite being bought by a large network, the group says Orchard will continue as an independent brand within the Enero Group network under the leadership of its founding directors, Wai Kwok, Andrew Antoniou, Sarah Galletly and Martin Stafford.

ASX-listed Enero, which was previously Photon Group, also owns creative shops BMF and Naked as well as Hotwire, and Frank PR. Other brands include The Leading Edge, The Digital Edge and Precinct.

Orchard managing partner Andrew Antoniou says while last year was one of its most successful years since launch, “the time feels right to pro-actively define our future”.

The deal follows a trend of local indies getting snapped up. In May last year Accenture acquired The Monkeys which had been independent for more than 10 years. Five months later The Works, the 15-year-old independent agency founded by Damian Pincus and Kevin Macmillan, was bought  by digital consulting business RXP.

Orchard managing partner Wai Kwok says the opportunity to collaborate with the other agencies will enable it to expand capabilities to better service the evolving needs of clients.

“Orchard has thrived as an independent creative technology leader for more than a decade, and we have real momentum in the business,” Kwok says.

“We are delighted that Orchard will operate as an independent brand within the Enero Group, and are excited about the potential for Orchard to expand further into international markets with the support of the Enero team.”

Founded in 2006 and with 70+ staff, Orchard’s clients include Schwarzkopf, Hyundai, Asaleo Care, Electrolux, Carnival Cruises, GlaxoSmithKline Australia, Zoetis, Merck Sharp & Dohme Corp and Boehringer Ingelheim from its Sydney and New York offices. It has a strong focus on the growting health and wellness category which is currently worth three quarters of a billion dollars.

Enero Group CEO Matthew Melhuish says Orchard is an ideal addition to help it drive the next phase of growth by expanding and deepening its core service offering across the group.

“We look forward to incorporating Orchard’s technology and digital capabilities into our offerings, while also broadening our global client base in Australia and the USA,” Melhuish says.

“Having the Orchard team within the group will create terrific opportunities to cross-pollinate our thinking and services across all agencies and geographies. We have been impressed with the Orchard management team, what they have achieved to date, and are excited about their plans for future growth.”

In its annual general meeting in October last year, Melhuish admitted the  group had “a challenging year in FY17”, with a number of factors impacting the results.

“Some of our operating companies experienced sizable client losses over the year (most notably Virgin Atlantic Airways) and while we hate to lose clients, it happens to everyone in the marketing services sector from time-to-time,” he said at the time.

It experienced a 12% decline in revenue year-on-year, although Melhuish said this was only 5% when looking at it on a constant currency basis.

Despite the overall decline, BMF’s 2017 Effectiveness Agency of the year win was a positive milestone an Naked Communications picked up several new business wins – with some of the smaller Enero agencies showing “promising results”.