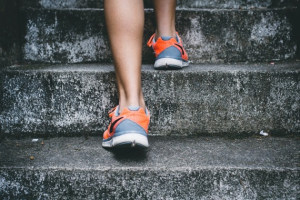 The energy level in advertising videos is an important factor in gaining the attention of consumers, according a study

Researchers at the University Notre Dame used data from more than 27,000 TV commercials delivered to homes in the US between 2015 and 2018 and almost all Super Bowl ads from 1969 to 2020.

And they found that energetic commercials are likely to be tuned in more, or avoided less, by viewers.

They report their findings in the study, High-Energy Ad Content: A Large-Scale Investigation of TV Commercials, in the Journal of Marketing Research.

“By matching the energy level of ad content with consumers’ state of mind, we believe advertisers can expect higher levels of acceptance and effectiveness of their messages,”  says Joonhyuk Yang, assistant professor of marketing at the University Notre Dame’s Mendoza College of Business.

“For instance, advertisers might want to vary the energy level of their ad content between day and night.”

The study found high-energy food and beverage commercials are likely to be viewed longer when placed within entertainment and news programs.

This didn’t apply to sports programming. And energetic health and beauty commercials are viewed for shorter periods of time.

The study measured the energy levels in commercials based on Spotify’s measure of energy in song tracks. Spotify defines energy as “a perceptual measure of intensity and powerful activity released throughout the track. Typical energetic tracks feel fast, loud, and noisy”.

“Recall that the effect varies across product markets and likely across media outlets, including digital advertising,” Yang says

“I hope this study motivates the initiation of such testing as well as for providing initial guidelines on designing such studies. Also, we want to showcase the importance of careful feature engineering of ad content when relating it to consumer behaviour."