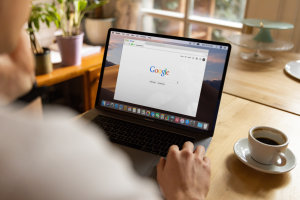 Elon Musk and his recent takeover bid for Twitter is one of the most popular news topics in Australia, according to Taboola.

During the past three months, Musk has generated 7 million page views alone in Australia in relation to Twitter, Space X and Russia.

His largest readership spikes came on March 1 (620,000 page views) when Musk announced he would use Space X to save the International Space Station if Russia dropped it from orbit.

Morrison is ahead in consumer online readership when compared to Opposition Leader Anthony Albanese at 456,000 page views.

The only other politicians in the top 100 for online readership interest were WA Premier Mark McGowan (495,000) and Minister for Defence Peter Dutton (207,000), who was well behind Australia’s three-time Mr Universe, Callum von Moger, at 425,000 page views.

Other big stories Australians were searching for over the past seven days include the death of cricketer Andrew Symonds, the coronavirus, the Johnny Depp and Amber Heard court case and the war in Ukraine.

The insights report from Taboola Newsroom uses AI and the largest dataset on the open web to provide unique insights into a range of trending topic areas.