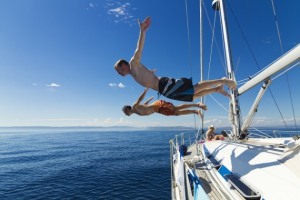 Early SMI (Standard Media Index) numbers for October indicate a soft advertising market across all forms of media in Australia.

This would mean another negative growth month in media agency spend, the 14th in a row, when numbers for October are  finalised.

According to UBS, the SMI numbers suggest metro TV bookings were down 9.2% in October, a deterioration on
the -6.4% September quarter metro TV market growth disclosed by Nine at its recent trading update.

Nine in a trading update earlier this month said early signs of a second quarter improvement in the TV advertising market improvement had faded.

The media group told its AGM: "Advertising from pretty much every major advertising category was weak in the September quarter particularly from auto, government, domestic banks and gambling. And whilst our business has become much less subject to the vagaries of the ad market, this weakness has of course, impacted."

Analysts at SMI had been predicting a return to total advertising market industry growth in the December quarter, with a possible positive month in October.

The UBS analysts: "Not the October bounce we were hoping for."

"We remind readers that SMI generally has the best correlation to reported metro TV revenues – and its correlation with other ad mediums can be weak," write the analysts at UBS in a note to clients.